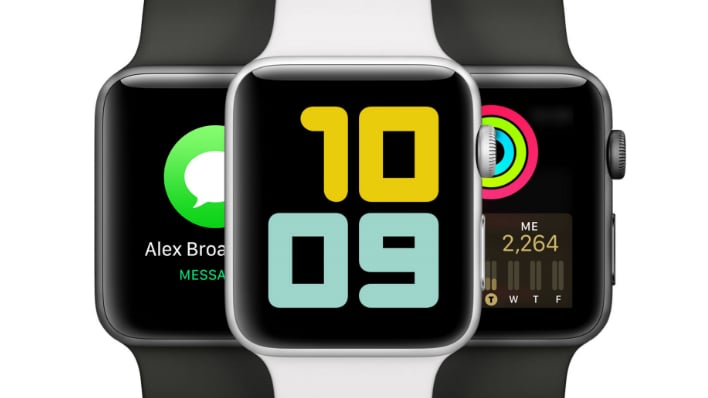 If you own an Apple Watch Series 3 and encountered issues after the latest watchOS 7 update, you are not alone. This week, many bugs were reported with watchOS 7, including battery drain, GPS data loss, and missing features. If you want to fix these issues, Apple has left instructions on how to backup and restore your iPhone and Apple Watch as a solution. Perhaps this is not the best way to “fix” buggy software, though.

If we take a gander at official and unofficial Apple support communities, the consensus is the same across the board, “hold off on watchOS 7.” What was once a 12-page thread on the Apple Discussions page has become a 21-page post with very similar complaints from all involved. Though Apple is aware of the issue, the present fix is to factory reset and restore both the Apple Watch and iPhone to quell the problems. Users across reddit communities based around Apple products have been quick to criticize the “fix”:

This is honestly pretty brutal on Apple’s part. I’ve been hit by this for 2 1/2 weeks now on my brand new S6 Apple Watch which has effectively negated most of the health benefits I’d otherwise be getting from it. I’ve already unpaired & restored the watch which did not help, and now they want me to do the same for my phone and hope that fixes it?

What kind of solution is that? How did a bug this major make it through to GM and we still have no solution for it other than a glorified “maybe turn it off and back on again and see if that works?”

edit: given that countless people have tried this and it didn’t fully work (or worse yet caused a massive loss of data), it’d be nice for Apple to at least acknowledge it’ll be addressed somehow in a future update.
- yveseluj


As /r/yveseluj states, “it’d be nice for Apple to at least acknowledge it’ll be addressed somehow in a future update,” however, this is likely Apple’s way of acknowledging their issues without explicitly saying it. Anyone realizes that resetting two devices over buggy software is by no means a fix, and Apple probably thinks the same. If they were to say outright they messed up, it may tarnish their reputation. Thus, a questionable “fix” is better than an apology.

While we cannot condone the “fix” or workaround (as it may lead to more issues), if you are fed up with the watchOS 7 problems, you can try it at your own risk. With whatever outcome, let us know how it went for you in the comments or on the forum under the Apple category. Perhaps your experience can help others with the bug-fest that is the watchOS 7 update.