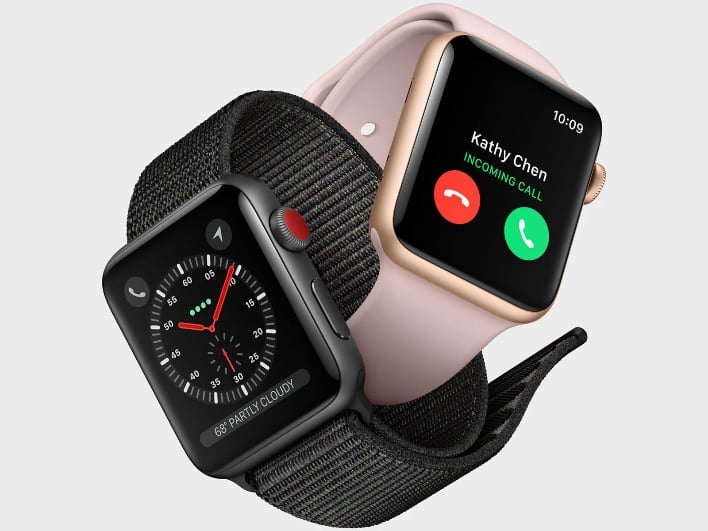 If you own an Apple Watch Series 3 and haven't yet updated to watchOS 7, we'd suggest that you hold off for now. We say this under good authority given that Apple's latest operating system is running horribly on the Series 3, despite that fact that watchOS 7 went through multiple developer beta releases (and a lengthy public beta) since it was first released shortly after WWDC 2020.

According to numerous users reporting on forums all over the internet, the Series 3 is being plagued by random reboots, poor battery life, missing tracking data, dreadful performance and other unfortunate maladies. In some cases, users are experiencing multiple reboots per day when their Series 3 was previously rock solid using watchOS 6. A quick trip over to official Apple support community finds a 12-page-long thread dedicated to user complaints.

Today it has restarted once. Complications also take a while to reload after restarting, even if I try to tap them to access the app. The battery has never been low after the restarts (typically above 50%) and the watch is about 4 months old. Never had problems like this with os6. -- Noah88

I have completely the same issue since upgraded to OS7 on Series3.  Delayed weather update, request passcodes when I wear the watch, restarted 1x already. Every time I decide to wait for the first correction update, but now made a mistake, not wait. :-( -- Hero1979

My series 3 completed an auto update overnight to Watch OS7. Today it has shut itself down at least 3 times, locked itself while on my wrist about 4 times, failed to load complications on multiple faces (weather, activity rings, date etc.), disconnected from my phone at least twice. It has also dropped to less than 50% battery in about 8 hours, normally it is still in the 80’s. Is anyone else having these issues? This has been the buggiest upgrade I have seen. --Tjay64

Many people often advise against running off and installing the very first release of a major Apple OS update. However, with many people having autoupdate turned on, they simply click through the prompts and let the software download and install anyway. Not long after the release of watchOS 7, Apple was quick to release watchOS 7.0.1 with a number of bugfixes, but many users are still experiencing the same problems. The problems discussed in the Apple support community were also mirrored on Apple fan sites like MacRumors.

It should be noted that the Apple Watch Series 3 at this point has been around for quite some time in Apple's hardware lineup. The Series 3 was first introduced way back in late 2017 and comes with a pokey Apple S3 SoC onboard with just 768MB of LPDDR4 SDRAM and 16GB of flash storage. Perhaps the hardware is simply not up to the task of handling the expanded feature set and demands that comes with watchOS 7. If that is indeed the case, that doesn't bode well for Series 3 users, as Apple is still selling the smartwatch, albeit now at a lower $199 price point. The fact that Apple is still selling the watch leads us to believe that Apple may even allow the Series 3 to update to the inevitable watchOS 8 next year, which could bring on another round of hardware-induced problems.