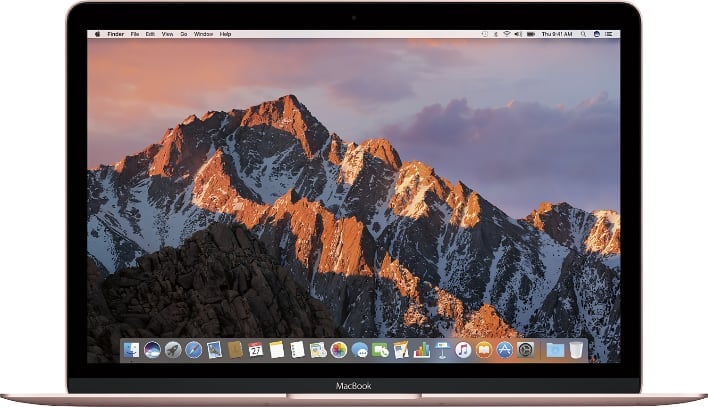 It’s no secret that Apple is working on Macs powered by its own family of Arm-based processors, currently dubbed Apple Silicon. We’ve heard rumors that among the first devices that will debut with Apple Silicon will be a new 13-inch MacBook Pro and 13-inch MacBook Air.

However, a new report suggests that we could see the resurgence of an Apple laptop that was recently discontinued: the 12-inch MacBook. The China Times is reporting that a MacBook revival will be powered by a version of Apple’s upcoming A14X processor, which will also be used in the next-generation iPad Pro. The A14X (which will be built on TSMC's 5nm process node) is allegedly being developed under the codename Tonga, and will be sufficient to deliver competitive (or superior) performance compared to Intel processors while providing battery life ranging from 15 to 20 hours. The old Intel-powered MacBook could only muster around 10 hours of battery life at best.

The new MacBook is said to use a USB-C interface, like its predecessor, and there’s no mention of Thunderbolt 3 or Thunderbolt 4 support. What will be interesting, however, is if Apple will wise up and add more than just a single USB-C port on the laptop. The last-generation MacBook was panned for its solitary USB-C port, which was simply not enough for most users, especially considering that the same port was used for charging the device.

The previous generation MacBook was praised for its tidy dimensions and lightweight design (around 2 pounds), but was also dinged for its pokey performance and it tendancy to get hot under load (the MacBook didn’t have an internal fan). It’s expected that A14X-based Apple Silicon should offer far superior performance that what was possible with the old MacBook, while remaining cool under load.

There have been some rumors that this new MacBook would be priced at $849 when it launches, which would make it Apple’s cheapest laptop offering.