A rumor is going around that Apple is set to purchase a virtual reality company called NextVR. NextVR is a company located in Orange County, California that has been working for the last decade on VR experiences in sports and entertainment. Apple is currently working hard to develop its first augmented reality (AR) headset, and the company has made no secret of its AR/VR ambitions (like its current work with ARKit).

NextVR currently provides multiple VR experiences for viewing live events via virtual reality headsets from a variety of makers, including PlayStation, Oculus, HTC, Microsoft, and Lenovo. The company also has patents on technology for upscaling video streams. The patented upscaling technology is used by the company to support its high-quality video streams for music and sporting events that are viewed on the VR headsets. In total, the company has 40 different technology patents that Apple will presumably acquire. 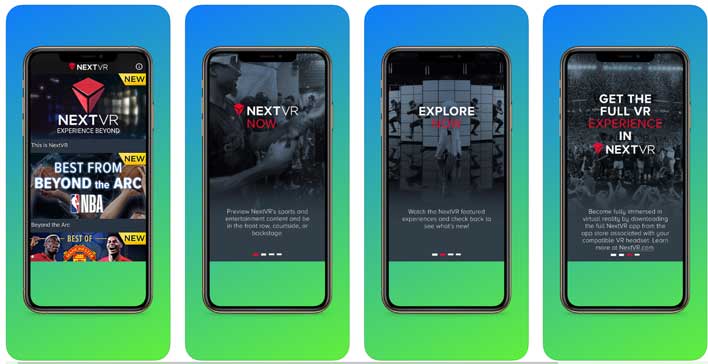 Reports suggest that the company is being sold for $100 million. Interestingly, NextVR attempted to raise a Series C round of funding in early 2019 and failed to do so. At that time, it laid off 40 percent of its staff. Along with the patents, the company also has partnerships in place with the NBA, Fox Sports, Wimbledon, and other live music and sporting events that would undoubtedly help the company be worth the rumored $100 million purchase price.

Apple always aims for secrecy, and a shell company was reportedly created this year in support of the acquisition. That shell company is currently hiring most of the engineers who developed the NextVR service. Reports indicate that despite the deal not being closed, Apple and NextVR have begun informing employees who will need to relocate from the San Diego area where NextVR was based. Presumably, those workers will be relocating to Cupertino, where Apple is headquartered. As of now, neither company has officially confirmed the deal is in the works.

In other Apple acquisition news, the company recently acquired the popular Dark Sky weather app and announced that it was going to be making the app iOS only.