There aren't many things that Apple can do that really get the Android community fired up and angry. Sure, Android fans might get annoyed when Apple tries to act as if it is the first to "perfect" hardware or software features that appeared on Android devices years before, but nothing has struck a chord quite like the announcement yesterday that it would purchase popular app Dark Sky.

What is Dark Sky?

Dark Sky is a weather app that can be installed on both iOS and Android devices, and has gained quite a following since its initial Kickstarter campaign launched back in 2012. Since then, it has grown into a software giant that provides API access to other weather apps and websites. It provides hyper-local weather data, and allows users to submit the current weather conditions in their area to help improve forecast data.

For example, Dark Sky has gained critical acclaim for its ability to “predict” when precipitation will occur right down to the address level. For me personally, I could receive a notification on my phone or tablet telling me that it will start (or stop) raining in the next five minutes. With increasing accuracy over the years, the app is almost always correct.

But in an announcement yesterday, Dark Sky's developers made it clear that the honeymoon is over with Android users and (will eventually come to an end) for anyone that uses its API. Apple purchased Dark Sky for an undisclosed amount of money, and with that purchase comes some hard to swallow stipulations for anyone not involved the iOS/macOS ecosystem.

For starters, beginning July 1st, 2020, the Dark Sky app will no longer function on Android or Wear OS devices. In fact, it’s listing on the Google Play Store has already been deactivated. If there's any consolation, anyone that has purchased a premium subscription to Dark Sky on Android will receive a refund. 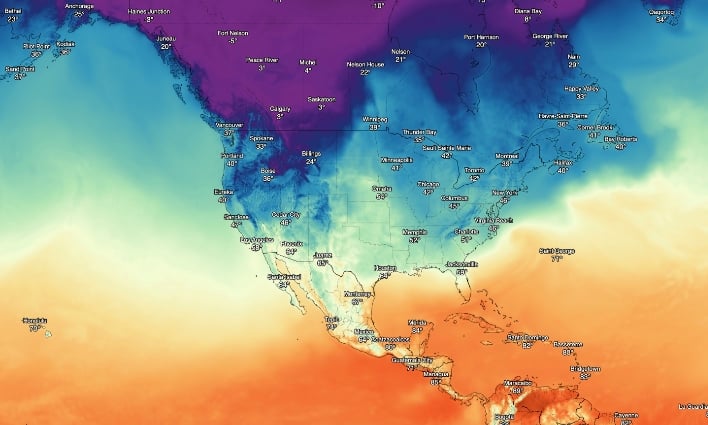 One of other big item of note is that the website will continue to operate with maps and forecast data until July 1st, 2020. After that point, it will only be accessible to iOS users and those that use its API. And that leads us to the final sticking point that has people upset -- Apple will cut off access to Dark Sky's API at the end of 2021. That means that any other weather app that uses the API as a source of weather data -- a la CARROT Weather -- will lose that access next year. On the other hand, Apple is at least giving these companies over a year to find an alternative.

"Our goal has always been to provide the world with the best weather information possible, to help as many people as we can stay dry and safe, and to do so in a way that respects your privacy," wrote the Dark Sky devs in a blog post. "There is no better place to accomplish these goals than at Apple. We’re thrilled to have the opportunity to reach far more people, with far more impact, than we ever could alone."

That last statement has drawn a lot of criticism, as many people feel that the Dark Sky developers are being disingenuous about Apple's ability to reach "far more people" when it is dropping support for the largest OS platform in the world. However, it's not quite that simple. Although we don't have any hard installation figures to go by, it's highly likely that Dark Sky, which is a one-time $3.99 purchase on iOS, has a higher install base than on Android where a premium subscription is $2.99/year.

But the kicker here is that it's highly likely that Apple will make Dark Sky the default weather app in iOS/iPadOS (and potentially macOS), which would give instant availability to all iPhone and iPad users. That would dwarf whatever percentage of Android users that currently have Dark Sky installed on their devices.

In the end, iOS users are still able to purchase Dark Sky for $3.99, although it's unknown if Apple will end up making it free -- remaining as a separate download -- or if it will be folded into iOS (which seems like the most likely option). It's probably too soon to see that transition happen with the forthcoming iOS 14, but we could likely see it in iOS 15's release in 2021. As for Android users, now is the time to start looking for another weather app if you've grown to love Dark Sky over the years.