It's time to turn on Apple Music's new Karaoke mode if you want to sing your heart out (or embarrass yourself) this holiday season, which happens to be one of the few big features coming to Apple Music subscribers soon.

Apple announced today that it is taking impromptu duets and party sing-alongs to the next level with features such as adjustable vocals, duet views, and real-time lyrics. The new feature is called Apple Music Sing, which is part of a major upgrade to its popular lyrics function. As Oliver Schusser, Apple’s vice president of Apple Music and Beats explains, “We already know our users all over the world love to follow along to their favorite songs, so we wanted to evolve this offering even further to enable even more engagement around music through singing. It’s really a lot of fun, our customers are going to love it.” 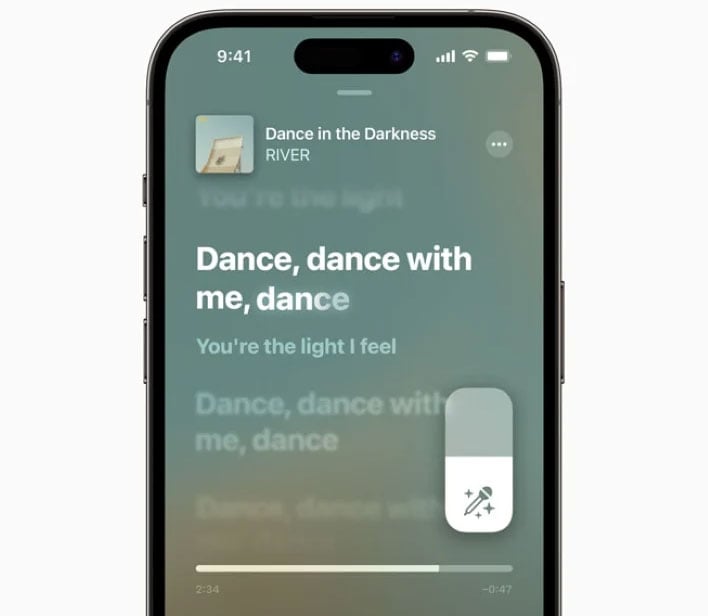 The Apple Music Sing suite will include a few useful features. Our favorite is adjustable vocals, especially if it's done right. Users can control the primary vocal's volume, so they have the option of singing solo or along with the original artist. To give a better experience when singing as a duet or with background singers, Music Sing has background vocals and duet view. With background vocals, background vocal lines are animated separately from the main vocals. In duet view, multiple vocalists are shown on opposite sides of the screen making multi-singer songs easier to follow along.

Music Sing is easily enabled by tapping the microphone icon in a song's lyrics view, but as of this writing, it's limited to "tens of millions" of songs in the Apple Music catalog. Moreover, to make singable music more discoverable, Apple Music will launch 50 playlists filled with the best anthems, duets, and choruses sung by revelers around the world.

In order to access Music Sing later this month, you need a compatible iPhone, iPad, or Apple TV 4K box, and be a current Apple Music subscriber.