In a rare Twitter post from Apple, the Cupertino company announced it is holding a special event next week. Apple's senior vice president of marketing, Greg Joswiak, also confirmed the upcoming event with the clever caption, "Peek performance" (get it?). There's also a countdown timer on Apple's website to its scheduled March 2022 keynote, and an invite posted on its events portal. Which is all to say, an event next week is definitely happening.

The invite to the Apple Event confirms it will take place on March 8, 2022 (next Tuesday), starting at 10:00am PST (1:00pm EST). You will be able to view it online at Apple's website or tune into the keynote on the Apple TV app, if that's something you use. The event will be broadcast from Apple Park and will likely see the unveiling of several products. What might those be? Let's take some guesses.

Neither of the announcement tweets or the official invite provide any concrete clues for specific products, though Joswiak's "peek performance" comment seems to suggest we'll see some hardware launches. That assumption is in line with recent rumors, too.
Based on Apple's past events, we're almost definitely not going to see a new flagship iPhone series until this fall. However, numerous leaks and rumors point to a third generation iPhone SE being unveiled next week.
Notorious Apple analyst Ming-Chi Kuo reckons the next-gen iPhone SE will maintain the same general design language, but wield a faster processor and get injected with a 5G modem. Those all seem plausible. As for pricing, the current generation iPhone SE costs $399 for the 64GB model and $449 for the 128GB version. If we had to guess, the iPhone SE 3 will retain those MSRPs, while the iPhone SE 2 will drop in price. 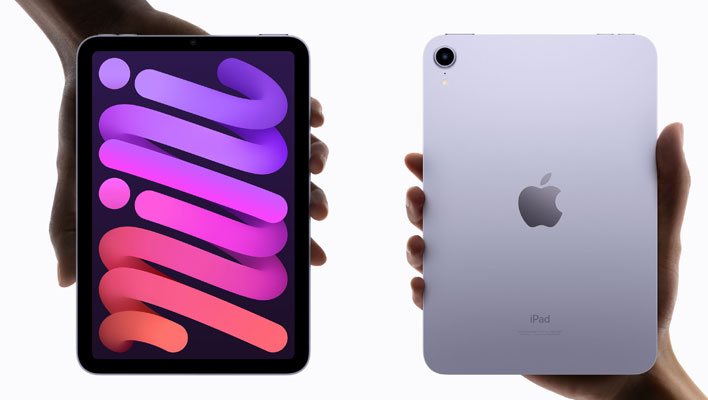 There's also been chatter of an iPad Air 5. For reference, the iPad Air 4 is powered by an Apple A14 processor and 4GB of RAM. It also sports 64GB of 256GB of storage, a 7MP TrueDepth camera up front and 12MB camera in the back, Wi-Fi 6 and optional 4G LTE, and a 10.9-inch display with a 2360x1640 resolution.
For the iPad Air 5, it's plausible it will get a bump up to an A15 processor, 5G connectivity, and better cameras.
Apple might also release iOS 15.4, which is already deep into beta testing. This should bring about a host of new features and improvements. Some of these include improved Face ID (works with a mask), better anti-stalking protections, a new Siri voice option, and more emojis.
Be sure to bookmark us here at Hot Hardware and check back, as we'll be covering the highlights.