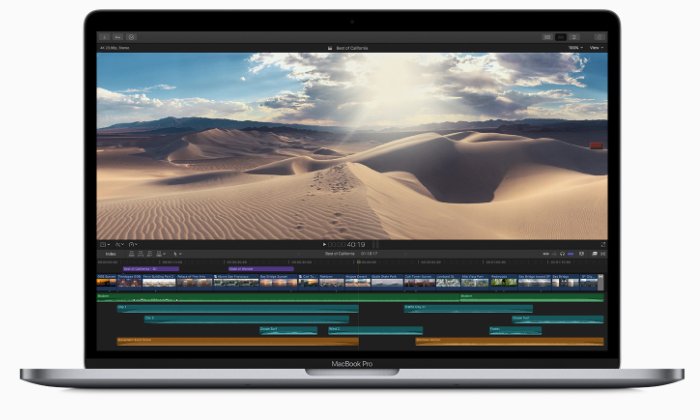 When it comes to Apple's flagship 16-inch MacBook Pro, there's no question that it's an expensive proposition. The professional-focused laptop starts at $2,499 with a hexa-core Intel processor, 16GB of RAM, 512GB SSD and an AMD Radeon Pro 5300M discrete GPU.

But if you're willing to put up with a slightly smaller display and Apple's butterfly keyboard, there are some excellent deals to be had on the previous generation 15.4-inch MacBook Pro family (Mid-2019). These deals come to us courtesy of Best Buy, which is discounting those notebooks by as much as $1,500 in the higher-spec'd configurations.

Finally, Best Buy is reserving its largest discount for the MUQH2LL/A. This has all the upgrades of the previous model (2.9GHz Core i9/32GB/512GB) but includes a beefier Radeon Pro Vega 20 GPU. This configuration retails at $4,149.99, but is discounted by $1,500 to just $2,649.99. Unfortunately, Best Buy doesn't offer any open box SKUs to help you save a few extra bucks on this particular model.

If you're still in the Apple spirit, and wouldn't mind a nice accessory to go along with your new MacBook Pro (or iPhone), Amazon is running a deal on the Beats Solo Pro wireless noise-cancelling headphones. The headphones are available in a wide range of colors for $249.95 with free shipping (a $50 discount). They can last up to 22 hours per charge and support Hands-free "Hey Siri" voice controls.