Apple has never been a company that has been praised for building "value laden" computers, but the company is drawing considerable flak for its more recent change with respect to its newly-launched 13-inch MacBook Pro (2020 model). Apple released the new 13-inch MacBook Pro earlier this month with a new scissor-style Magic Keyboard and 10th generation Intel Ice Lake processors in high-end configurations.

However, base configurations of the new MacBook Pro soldiered on with 8th generation Coffee Lake processors, which was a bit of an annoyance to Apple fans (and likely a cost saving move for Apple). Now, Apple has doubled the price of the 16GB RAM upgrade for these base systems. When the system first launched, Apple charged just $100 for the upgrade from 8GB to 16GB, but is now charging $200. 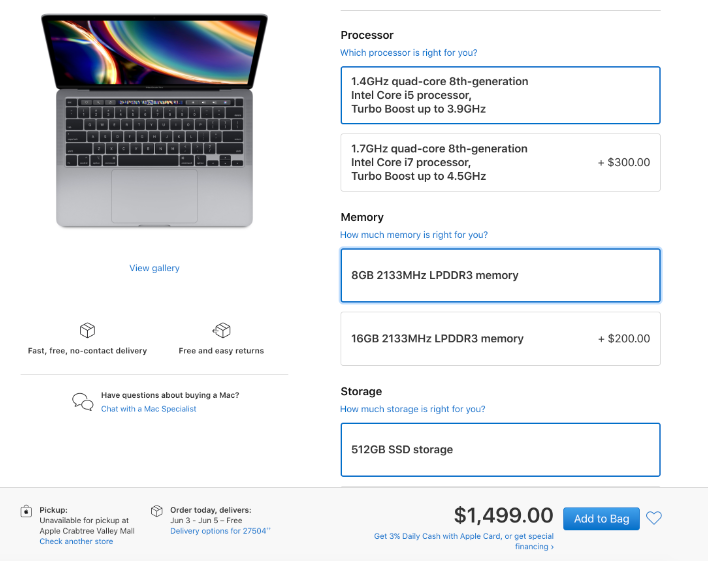 No explanation was given for the price increase -- and we probably won't get one -- but it seems rather strange for Apple to make a price change less than a month after launching a new product. And it's even more odd that the price would double. We've seen the COVID-19 pandemic cause supply disruptions across the globe when it comes to hardware components, but nothing that would explain such a dramatic shift in pricing from Apple. Interestingly enough, pricing for other MacBook models don't appear to have shifted up or down, leaving the entry-level 13-inch MacBook Pro as the odd man out.

MacRumors was among the first to spot the price change, and some of its readers have some conspiracy theories as to why Apple would jack up the price of the RAM upgrade so quickly. Some think that Apple is trying to push buyers to the more expensive, Ice Lake-powered models which start at $1,799 and include 16GB of RAM and a 512GB SSD as standard equipment. 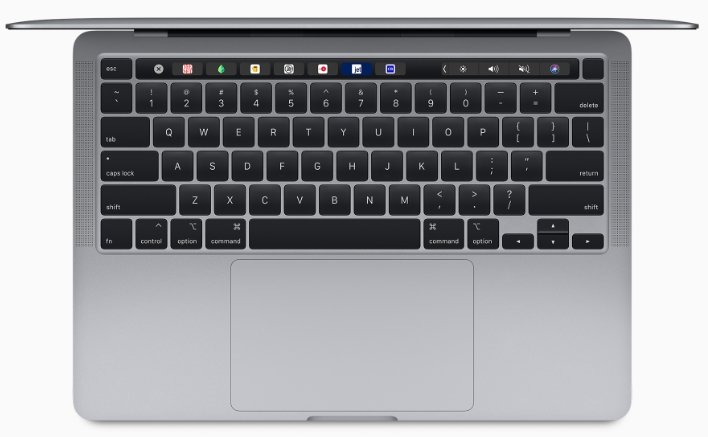 The base 13-inch MacBook Pro upgraded with 16GB of RAM and a 512GB SSD now costs $1,699 instead of $1,599, which puts it just $100 away from the high-end Ice Lake configuration. Not only do you get a faster processor, faster memory, and better integrated graphics, but you also get two additional Thunderbolt 3 ports.

The Ice Lake machine would be the obvious choice between the two, so perhaps there's some merit to this theory. Whatever the case, Apple’s13-inch MacBook Pro is even more of a poor value today than it was when it launched if you’re looking to make some component upgrades.