Rumor has it Apple was originally planning to unveil a new set of AirPods during an event last month, but the Coronavirus pandemic prompted a later launch. When exactly will that be? We can't say for sure since the supposed AirPods Pro Lite is not an official product, but you can tentatively expect it to arrive next month.
That is coming from Jon Prosser, a tech analyst and who runs the YouTube channel Front Page Tech. Prosser has his pulse on Apple's activities, and has accurately revealed launch plans in the past before they were officially made public.
"New AirPods (which were supposed to be at the March Event) are now ready to go. Probably alongside the MacBook Pro next month," Prosser stated on Twitter.
Back in February, it was reported that Apple might be readying a lower cost variant of its AirPods. As things currently stand, Apple offers its AirPods Pro for $249, its regular AirPods (non-Pro) for $199 with a wireless charging case, and regular AirPods without a charging for $159. It's not clear how much Apple would charge for its AirPods Pro Lite, only that it would presumably be the most affordable version of the bunch.
It's also not clear what features will be included. For example, would noise cancelling be part of the package? And if not, would it be appropriate to label the earbuds as a "Pro" product? Those are questions that will be answered at a later date.
For reference, the AirPods Pro is still relatively new, having launched in October 2019. They feature active noise cancellation technology, come with three different ear tip sizes, and are rated to last for up to 5 hours of listening time (or 4.5 hours with noise cancellation enabled). The AirPods Pro also come with a charging case with a built-in battery. 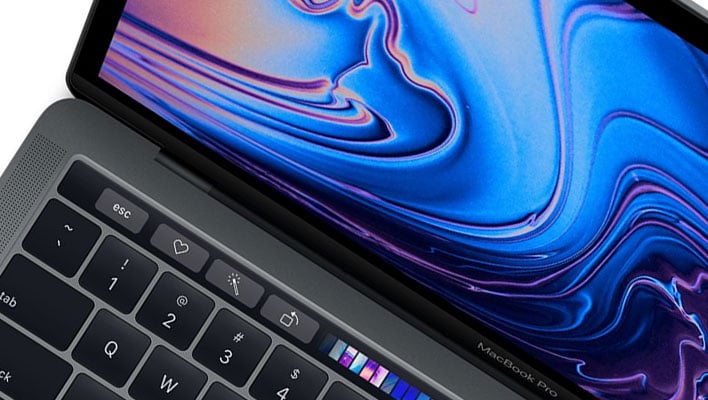 It's also been rumored that Apple will launch a couple of refreshed laptops. In mid-March, Apple analyst Ming-Chi Kuo wrote in a note to investors to expect a new MacBook Pro and MacBook Air, with a "Magic Keyboard."
This is something that already appears on some of of Apple's products, though the 13-inch versions of its current-generation MacBook Pro and MacBook Air have not been giving the Magic Keyboard upgrade yet. If the latest rumor is true, then at least one of those will materialize in a few weeks.