Museums around the world are currently closed due to the COVID-19 pandemic. However, this does not mean that you are entirely cut off from world-class art. The Getty Museum recently created a tool that allows you to add art from their open-access collection to your island in Animal Crossing: New Horizons.

The J. Paul Getty Museum’s collection includes over 70,000 pieces of artwork that range from pottery from ancient Greece to paintings by Rembrandt and Van Gogh. Animal Crossing players can now access this amazing collection through the Getty’s Animal Crossing Art Generator. The art can then be added to the player’s shirt, wallpaper, or island flag. Players can even use the generator to create their own in-game art gallery.

How To Search And Add Great Works Of Art To World

Players will simply need to search for a piece of art from the Getty Museum, and the generator will create a QR code. This QR code can then be scanned with “NookLink” tool in the Nintendo Switch Online app (Android and iOS).

Once players have scanned the QR code, they will want to open the game and access their Nook Phone. Players can then download their new “pattern” and get creative with their newly acquired works of art. You can also find a full step-by-step guide here. 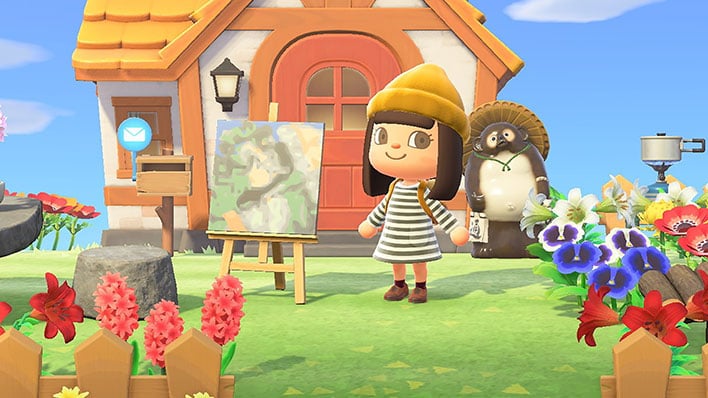 Image from the Getty Museum

If for some reason you cannot find something that you like in the Getty’s immense collection, you can also import artwork from other museums. The generator includes an International Image Interoperability Framework (IILF) manifest converter. According to the Getty Museum, “IIIF is an image framework being adopted by many institutions.” It is used to provide digital images for research, scholarship, and other purposes. The converter processes “IIIF manifest data from any institution to generate a shareable artwork QR code.” Participating institutions include the Smithsonian and the British Museum.

The Getty Museum is also encouraging Animal Crossing players to show off their creativity on social media. Players can share screenshots of their island with @gettymuseum. Players can also use the hashtag “#ACArtGenerator”.

The has truly given players a relaxing and creative experience during a stressful time. Some players have even turned to the game to host Tinder dates. Players have been avoiding public spaces for dates and instead of begun visiting each other’s islands in Animal Crossing: New Horizons.