How To Farm Animal Crossing: New Horizons Tarantulas For Fun And Profit

Tarantulas are a rare bug that can be found between November and April in the game. They are active between 7pm and 4pm, but are the most active after 11pm. Tarantulas are particularly tricky to catch because their bite causes the player to faint. However, many consider tarantulas to be well worth the time and risk because they are worth 8,000 bells.

How to Make Your Own Tarantula Island

The best way to catch tarantulas is to set up traps on a deserted island. Players will first need to purchase a Nook Miles Ticket for 2000 Nooks. Once the player arrives on a deserted island, they will need to clear all of the resources from the area, including trees, rocks, flowers, weeds, and stumps. These resources encourage bug spawns, so their removal is essential. The player may still need to manually get rid of other bugs like mosquitoes. The resources can then be placed on the beach after they have been removed from the rest of the island. 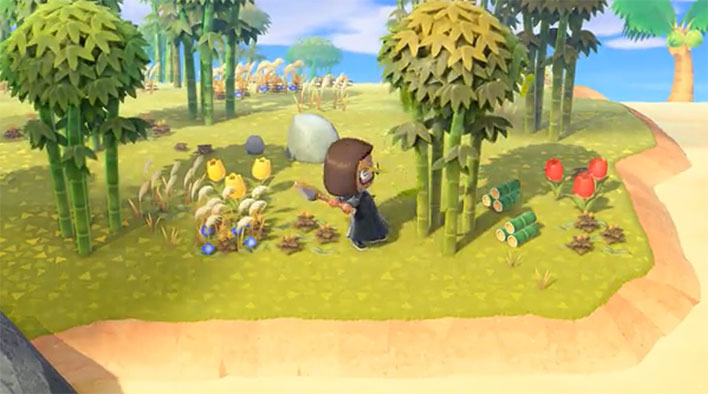 Tips and Tricks for Farming Tarantulas

Second, players can make more money if they sell their bugs to Flick. He occasionally visits the player’s island and will purchase bugs for 150% of their usual value. He will remain on the island for a full day-- 5am to 5am. Flick will even create a model of a specific bug if the player brings him three of the same bug. Who doesn’t want a tarantula model in their home?

Turnips are another great way to make bank in the game. Players can purchase turnips from Daisy and resell them for a profit. You can check out our Animal Crossing: New Horizons turnip guide here.