One of the reasons why Apple's recently introduced AirTag trackers have the potentially to be wildly successful is because they leverage a crowdsourced network of devices to work their mojo. Affordability is another reason, though the network is key. What about Google, though? Apparently the company is cooking up a crowdsourced network of its own for its Android ecosystem.
Nothing of the sort has actually been announced by Google, at least not to our knowledge. However, the company recently made available beta build of its Google Play Services (version 21.24.13), and a teardown of the associated APK (Android Application Package) contains some very interesting strings that reference the new feature.
One of them is labeled "mdm_find_device_network_description," which is described as allowing an Android phone to "help locate your and other people's devices." The other string is labeled "mdm_find_device_network_title" and references the "Find My Device network." 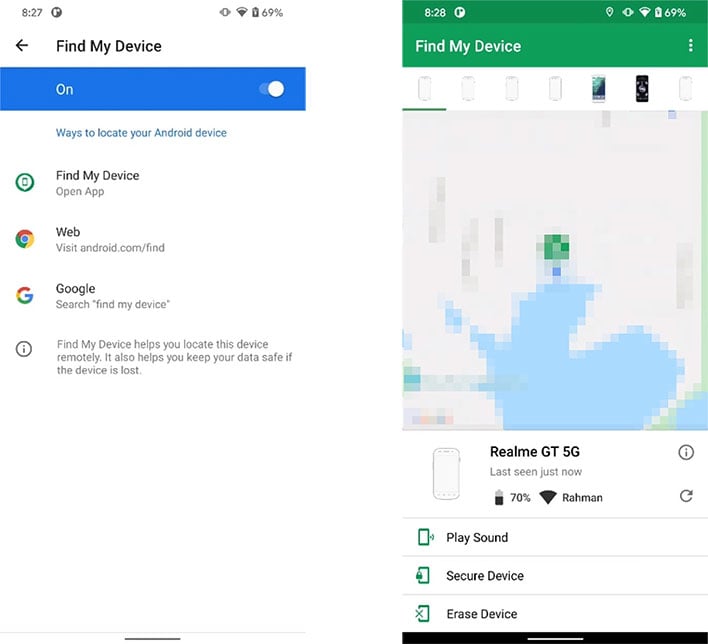 Sherlock Holmes would have absolutely no trouble cracking this case—those strings are clear indications that a crowdsourced network feature is afoot. It is also worth noting that Google Play is already home to a Find My Device application, though at present, devices have to be signed into a Google account for them to be found.
The crowdsourced network feature could change that, once Google officially flips the switch. It could also lead to a Google-branded alternative to AirTag trackers. Google is very much invested in hardware devices, and given the initial popularity of Apple's trackers, it stands to reason that Google will follow suit with a solution of its own.
There are certainly enough Android users to make it viable. Sameer Samat, vice president of product management at Google, announced at Google I/O 2021 that there are now over 3 billion active Android devices. It's not clear how many of those are Android phones versus Android tablets, but as a point of comparison, Apple earlier this year said there were 1.65 billion iPhone devices in the wild.
Whatever the actual breakdown, there are plenty of Android users to make a crowdsourced Find My Device network viable. Not only for an AirTags alternative, but also to help locate lost and stolen Android devices. Hopefully Google flips the switch soon.