Android app developers take note, Google is implementing new guidelines for how apps can be displayed and advertised in the Play Store. The new policies are aimed at preventing apps from misleading Android users with certain buzz words and graphics, like plastering a "Sale" banner across the app's icon in the Play Store, as well as other changes.
It's a noble effort, given how big and expansive the Play Store has become. Back in 2008 when the Play Store launched, there only existed a few hundred apps and games. Google points out there are now millions of apps and games, which stretch to Android users in over 190 countries. This makes it more challenging for developers to maker their apps stand out from the crowd, but Google sees a right way and a wrong way of going about it.
For example, this how an app should look in the Play Store... 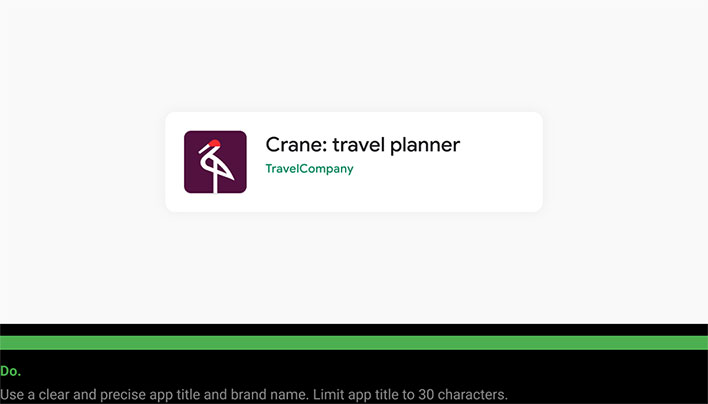 Google wants app developers to limit their titles to 30 characters, and avoid gunking them up with certain types of graphic elements and text that can mislead users, like to promote a ranking.
Here are a couple of examples of types of listings that will run afoul of Google's updated policies, when they go into effect...

The upcoming policy changes are designed to keep app metadata recognizable and unique. There are three main parts to this, including...
"App title, icon and developer name that do not meet the upcoming policies will not be allowed on Google Play. You can expect more details about this policy change, including enforcement start dates, later this year," Google warns. 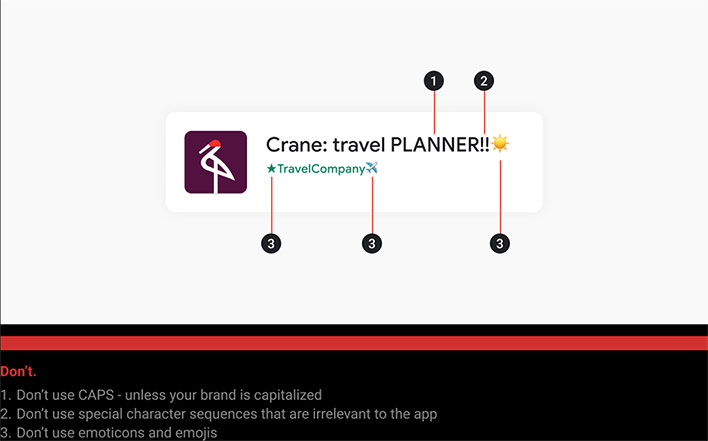 Google is also eliminating the practice of using all-caps in a title. The only exception is if the brand itself is stylized in all caps (like ASUS and NVIDIA, to use a couple of examples). Google does not want any special character sequences that are not relevant to the app, and is pushing back against the use of emoticons and emojis in app listings as well.

In addition to all this, Google is issuing new guidelines for the preview assets developers use for Play Store app listings. Here's the criteria...
Google's updated Play Store guidelines bring about welcome changes as far as we are concerned. The challenge does not just exist within the presentation of apps, however, but in tackling Android spyware and malware that can slip through the cracks.
It's a big task, both for Google and Apple. As it applies to the latter, a fraudulent app in the App Store recently enabled a scammer to swipe $600,000 worth of Bitcoin from an iPhone user, depleting him of his life savings. Given how much a part of our daily lives smartphones have become, it's imperative that Google and Apple do everything they can to ensure their respective app stores are as safe as possible.