Android 10 And One UI 2.0 Stable Arrives For Samsung Galaxy Note 10, Get It Now 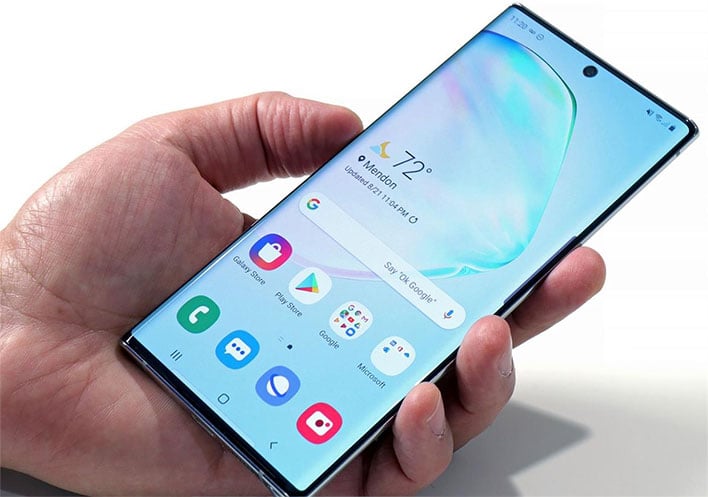 If you see some random person out in public doing a happy dance, do not be alarmed—chances are they own a Galaxy Note 10 device and discovered they could download and install Android 10, with Samsung's One UI 2.0 on top. That's actually been an option for a bit, except now Samsung is pushing out a finalized (read: stable) build.
Before you get too excited, there might still be a wait, depending on where you live. Apparently Samsung has started delivering the over-the-air (OTA) update to Galaxy Note 10 owners in Germany, and perhaps only to those who participated in the beta. This applies to both the regular version and the Galaxy Note 10+.
Who knows, though—by the time you read this, it is possible Samsung could have expanded availability to non-beta participants, as well as users living in other territories. Either way, Android 10 with One UI 2.0 in its finalized form is out, so it should spread rather quickly.
This is a pleasant surprise, though. While Samsung has been testing Android 10 on its Galaxy S10 and Galaxy Note 10 families, it was expected the final build would arrive first on Galaxy S10 phones around Christmas, followed a roll out to the Galaxy Note 10 in early 2020. Instead, it arrived on the former a couple of weeks ago, and is now being pushed out to the latter.
The firmware version for the stable release is N97*FXU1BSL7. If you don't want to wait for it to arrive, hit the link in the Via field below, as SamMobile says it will post download links soon (they're not up at the time of this writing).