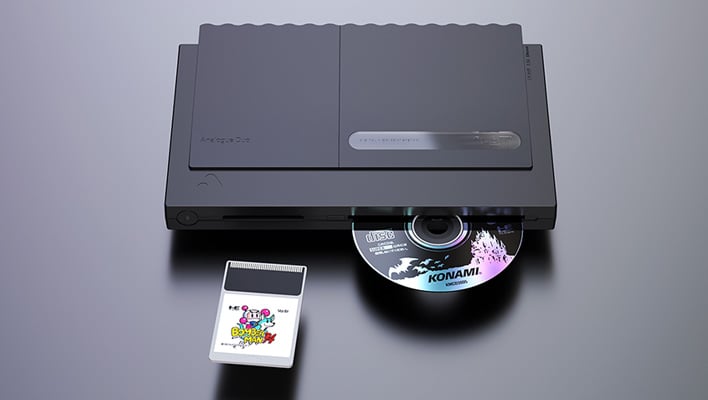 At the risk of dating myself, I remember discussing with my older brother whether we should buy a TurboGrafx 16 or Sega Genesis game console. We unwisely chose the former (I would make a similar mistake when, years later, I bought an HD-DVD player instead of Blu-ray). But while the Genesis proved way more popular, I don't have any regrets, because the TurboGrafx was a pretty good system for its day with some gems. And it is also making another comeback. Meet the Analogue Duo.
Reviving retro game consoles is pretty popular these days, especially with companies trying to replicate the success Nintendo has had with its NES Classic and SNES Classic consoles. That is a probably an unrealistic bar for others to meet, but bless their hearts for trying. And incidentally, there already exists a TurboGrafix-16 Mini. So do we really need another variant?
Analogue seems to think so. Not to be outdone, the Duo is a more capable re-envisioning of a retro console being reborn. Or a "re-imagining," to use Anlogue's own words. In part because it plays a wide variety of titles, rather than a pre-selected and limited listed of pre-loaded games. 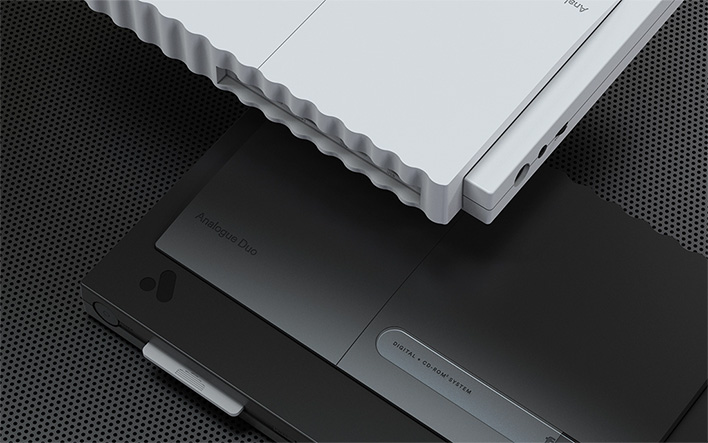 The company is also quick to point out that this is not an emulator, and that the Duo does not play copyrighted ROM files. It is built around an Altera Cyclone V FPGA (field programmable gate array) chip programmed to offer the same experience as the original console(s), without emulation.
"Unlike the knock off and emulation systems that riddle the market today, you'll be experiencing the entire NEC era free of compromises. Duo is designed to preserve video game history, with the respect it deserves," Analogue explains.
It has an original cartridge slot, so if you have managed to hold onto Bonk's Adventure, J.J. & Jeff, Keith Courage, R-Type, Splatterhouse, or any other TurboChip (or HuCard) cartridges, you can slide them right in and play like you might have done back in the day. Same goes with CD-ROM, Super CD-ROM, and Arcade CD-ROM games. Color me intrigued (and maybe a bit nostalgic).
The reborn system boasts an HDMI output capable of 1080p. It also features Bluetooth and 2.4GHz wireless connectivity options for the controllers, as well as an original style wired port and USB ports too.
Analogue says limited quantities will be available next year for $199, in black and white color options. It also plans on launching a handheld Pocket version next year. You can sign up on the Analgue Duo product page to be notified when the console is out.