AMD is coming off a huge quarter in which it generated $5.9 billion in revenue, a massive increase of 71 percent over the same period a year ago. It's also the first time AMD's quarterly revenue has topped the $5 billion mark. Even without the benefit of its recent Xilinix acquisition, AMD's revenue saw a significant 55 percent year-over-year gain to $5.3 billion, and it's showing no signs of slowing down despite what AMD says is some "softness" occurring in the PC market.
Pent up demand could be playing a role as well. Either way, AMD is defying a PC market that naturally should be struggling to maintain the level of momentum it's built up over the past year. AMD also believes that will be case for the foreseeable future as it navigates upcoming product launches.

"Although the PC market is experiencing some softness coming off multiple quarters of near-record unit shipments, our focus remains on the premium, gaming and commercial portions of the market where we see strong growth opportunities and expect to continue gaining overall client revenue share," AMD CEO Dr. Lisa Su said.
The numbers back her claim. AMD saw a 33 percent year-over-year jump to $2.8 billion in its Computing and Graphics segment, driven by Ryzen processor and Radeon GPU sales. And though demand has outpaced supply for graphics cards, Dr. Su stated during an earnings call that AMD's desktop GPU sales nearly doubled compared to last year.
"Sales of our Radeon 6000 series graphics card were strong," Dr. Su said, adding that "the first notebooks featuring our latest Radeon 6000 mobile GPUs launched in the quarter, and we expect sales to ramp over the coming quarters." 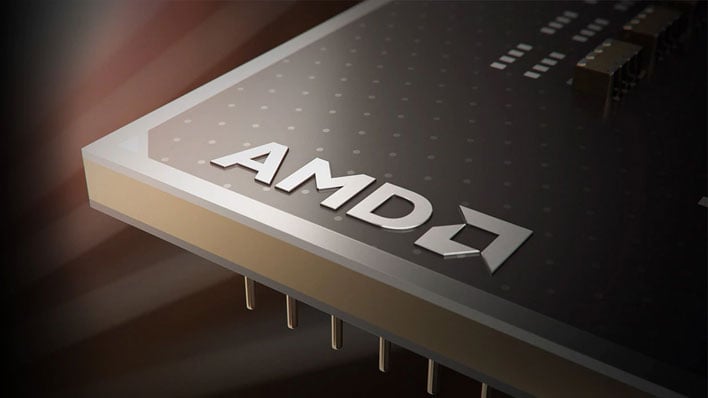 The other interesting takeaway from the conference call is the claim that AMD "gained client processor revenue share for the eight straight quarter," meaning it continues to chip away at Intel's lead. That's not hard to believe when you look at the top 10 best selling CPUs on Amazon...
We've listed the top 11 above because the Cronus Controller Emulator obviously doesn't belong. Taking that away, AMD accounts for seven of what would be the top 10 spots, including positions 1-4.
It's been predicted that PC sales will decline after the buying spree during the pandemic, in which many people transitioned to working from home and remote learning. But if that's the case, it doesn't appear to have impacted AMD. It also helps that AMD's silicon powers the latest generation game consoles from Sony (PlayStation 5) and Microsoft (Xbox Series X|S), as well as Valve's hot-selling Steam Deck handheld.
Dr. Su addressed this during the earnings chat too, in reference to the combined Enterprise Embedded and Semi-Custom segment pulling in $2.5 billion for a staggering 88 percent year-over-year jump. She attributed the stellar performance to record server, semi-custom, and embedded chip sales.
"Semi-Custom sales grew by a significant double-digit percentage year-over-year based on strong demand for Sony and Microsoft consoles, as well as Valve’s new Steam Deck. Sales for this game console generation continued to outpace all prior generations and we expect 2022 to be a record year for our Semi-Custom business," Dr. Su said.
By all accounts, AMD appears to be in excellent shape. The company is killing it in the current landscape, and is on the verge of releasing new hardware, including its Zen 4 processors (including its just-revealed mobile Phoenix and Dragon ranges) and graphics solutions based on RDNA 3.