Late last week, we received the latest market share numbers from Mercury Research regarding AMD's processor market share. Needless to say, the company is performing exceptionally well in both the client and server markets.

According to Mercury Research, AMD's share of the overall x86 processor revenue market stood at 16.9 percent for Q2 2021, which was a +0.8 point change compared to the prior quarter and a +7.3 point change year-over-year. In addition, client and server revenue share stood at 15.8 percent and 11.6 percent, up 4.1 and 4.7 percentage points, respectively, compared to the same period last year.

With this in mind, we decided to venture over to two of the most popular retail websites for enthusiasts looking to purchase components for their rigs: Amazon and Newegg. We also choose these two companies because they provide an easy-to-digest leaderboard for the top-selling processors on their respective websites. 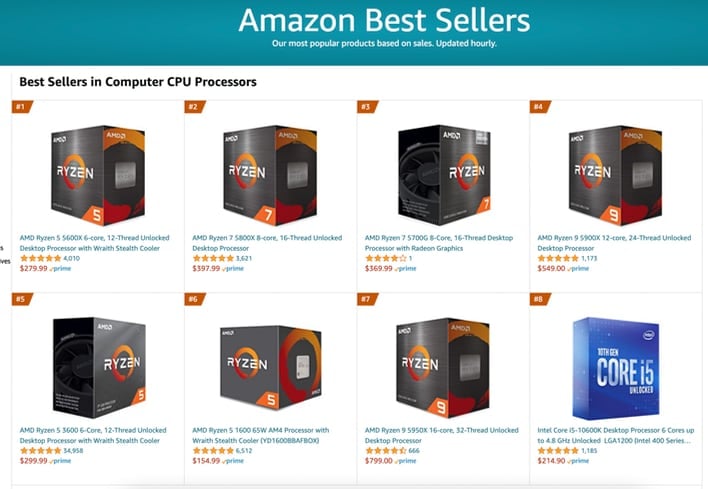 As of this morning, eight of the top ten best-selling processors on Amazon's retail storefront are AMD processors. And not surprisingly, the top four are all based on AMD's Zen 3 architecture:

We found two interesting takeaways from that list of processors. First, we're kind of surprised to see that the first-generation Ryzen 5 1600 is still on the list at all, even more so that it outsold the only two Intel entries. The other interesting fact is that while there are plenty of AMD's current-generation processors represented in the top ten, none of Intel's Rocket Lake processors made the top 10. Instead, we see the Comet Lake-based Core i5-10600K and Core i7-10700K. 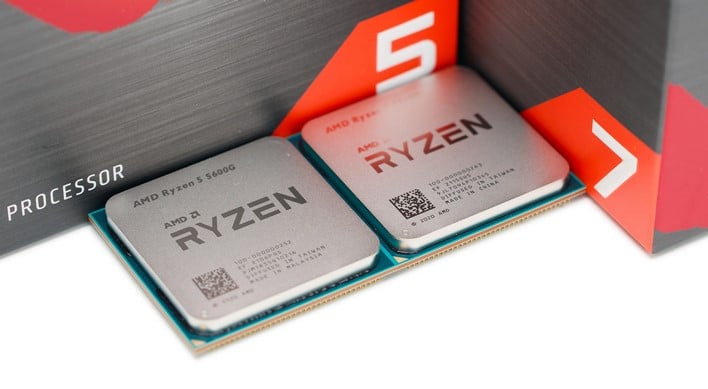 It's a similar story at Newegg, with Intel securing seven of the top ten spots on the CPU sales chart:

However, Intel's current-generation Rocket Lake processors broke the top ten at Newegg, with the Core i7-11700K and Core i9-11900K making an appearance.

AMD appears to have a winner on its hands, at least in the retail sector, with the DIY market. Ryzen processors have always offered strong performance and value versus their Intel counterpart, and that positioning has only gotten stronger with Zen 3. However, we'll be interested in seeing how Intel's 12th generation hybrid Alder Lake family stacks up regarding performance compared to Zen 3. And then, shortly after, we should see AMD's counterpunch with its 5nm Zen 4 processors. In other words, the exciting back and forth battle between AMD and Intel is far from over.