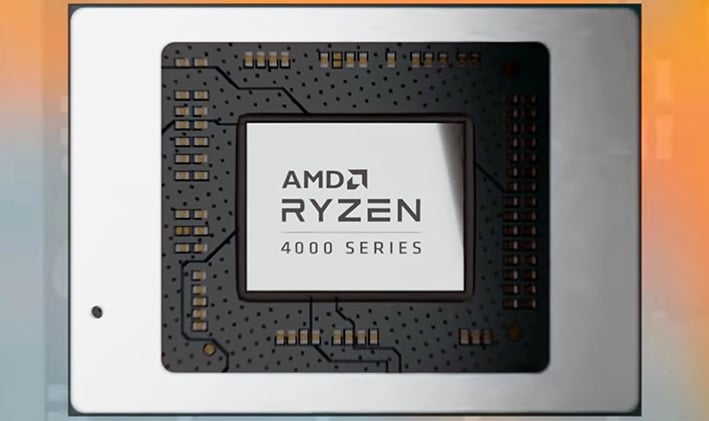 AMD came out swinging when it debuted its Ryzen 4000 Zen 2 processors, which represent the company’s latest salvo against Intel in the laptop market. Not only do these mobile “Renoir”  processors have excellent performance with up to 8 cores and 16 threads, but their 7nm process tech has enabled incredibly power efficient laptops like the ASUS ROG Zephyrus G14.

We’re now learning of an alleged new member of the Ryzen 4000 “U Series” with the impending arrival of a Ryzen 9 4900U. This would be the new flagship processor for thin and light notebooks, and carries with it an 8-core/16-thread configuration.

Whereas the current flagship Ryzen 7 4800U features base/turbo clocks of 1.8GHz and 4.2GHz respectively, the Ryzen 9 4900U keeps the same base clock and boosts the turbo to 4.3GHz. It’s expected that the onboard Radeon Vega 8 GPU will remain identical to that found in the Ryzen 7 4800U while retaining the same 1750MHz clock speed.

Given the relatively minor turbo clock improvement, we expect this chip to maintain the same 15W TDP of its other U-Series companions. However, OEMs will have the ability to configure that rating from 12W to 25W to either further reduce power consumption or ratchet up performance.

AMD isn’t just making inroads with its Renoir laptop processors, but it is also extending the family into the desktop sector with AM4-compatibles SKUs. As we reported yesterday, an alleged 8-core/16-thread Ryzen 7 4700G processor has appeared in the Ashes of the Singularity benchmark database with a Radeon Vega 8 GPU running at 1750MHz.