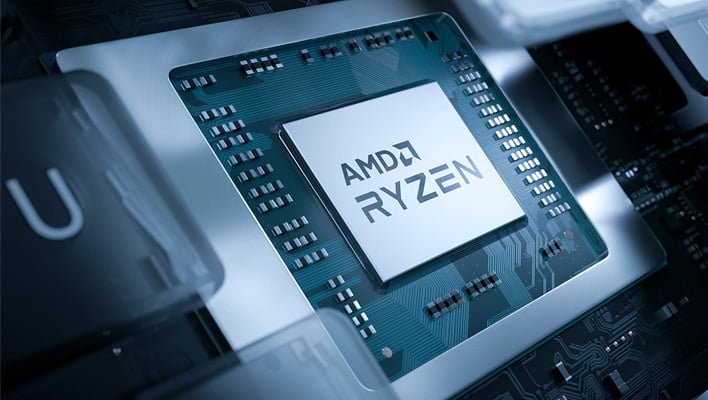 The Ashes of the Singularity database is a popular destination for unreleased and unannounced CPU and GPU hardware to make unofficial appearances, and it has apparently happened again. This time, it is an upcoming Ryzen 7 5700U processor with Radeon graphics that has made a benchmark cameo, or at least that is how it is identified in the database.
We always have to take these things with a spoonful of salt. Same goes for the performance results, because there are a variety of factors that come into play, including the specific test bed, drivers, cooling, and so forth. All that said, here is a look at the benchmark results, as run at the "Low_1080" preset configuration...

The chip is shown as having 8 cores and 16 threads, and of course it features onboard Radeon graphics. Beyond that, there is not a whole lot that is telling.

The results are pretty much the same, with a slight advantage going to the Ryzen 7 5700U. If you are thinking the gap should be bigger, there is a possible explanation. According to @MebiuW, the Ryzen 7 5700U is not actually running Zen 3 CPU cores paired with Radeon Vega graphics, but is still based on Zen 2.
This seems needless confusing, but they are correct, then AMD's upcoming Ryzen 5000U series will be split between Cezanne with Zen 3 underneath the hood and Lucienne (Renoir Refresh) with Zen 2. Here's a look...
If that is the case, performance could vary quite a bit, more so than what someone might expect among a product series. I'm not a fan of this approach, if it turns out to be true—AMD's naming scheme is confusing enough as it is, with its desktop and mobile CPUs not being numerically aligned based on their the underlying architecture.
This is the problem with leaks and rumors though—information is all over the place. As it pertains to all this, a recent rumor suggested that AMD might skip the Ryzen 4000 branding for its upcoming Zen 3 desktop CPUs and jump straight to Ryzen 5000, to make things less confusing. I could get on board with this decision (if it's true), but on the APU side, mixing different architectures within the same product line just seems like a bad idea to me.