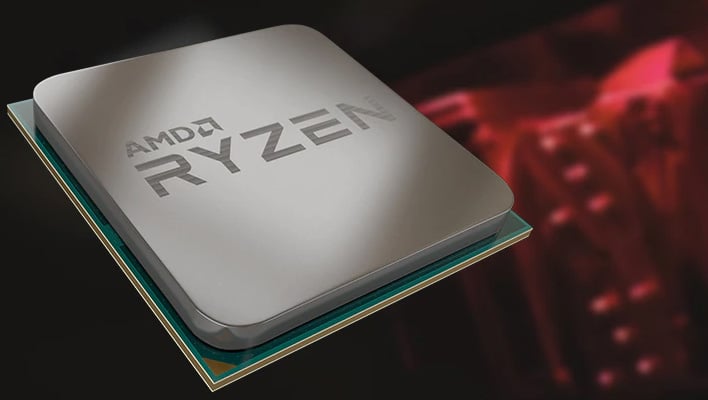 So much attention is being paid to GPUs lately, and rightfully so—NVIDIA came out swinging with its GeForce RTX 30 series, and AMD will counter with Big Navi next month. But let's not forget, some interesting things are happening in the CPU space as well. AMD is getting ready to launch its Zen 3 processors, and according to a supposedly leaked roadmap, it has an enhanced version of Zen 3 on tap for a line of upcoming APUs.
We are of course talking about Rembrandt, as has been leaked and rumored before. Notably, the same individual who previously shared a Zen 3 roadmap is back at it again with a expanded view that now shows Rembrandt, with a few additional details. Here is a look at the piece of the roadmap that was cropped off the previous one...

There is a bit to unpack here, so let's get to it, starting with the process node. From everything AMD has shared so far, Zen 3 will be based on an enhanced 7-nanometer manufacturing process. Originally AMD's official roadmaps labeled its as 7nm+, but it later dropped the plus sign from its promotional materials. This is likely because it will not be using TSMC's true N7+ node with EUV (maybe, anyway).
In any event, the leaked roadmap indicates that Rembrandt will see a shift to a 6nm node. If true, this would essentially be a Zen 3+ architecture on the CPU side of the equation, though it remains to be seen if AMD would label it as such.
On the graphics side, the roadmap doubles down on previous rumors indicating it will be based on AMD's second generation Radeon DNA (RDNA 2) architecture, listed as "Navi2." It also shows a shift to DDR5 memory and PCI Express 4.0 support, along with "CVML," or Compute Vision & Machine Learning to boost AI workloads.
According to @patrickschur_, a recent newcomer to the leak and rumor scene, Rembrandt will offer DDR5-5200 memory support, as well as 20 PCIe 4.0 lanes and two USB4 (40Gbps) ports. Assuming all this is true, Rembrandt would very likely require a new socket (AM5, presumably).
It is worth noting that AMD will be unveiling Zen 3 during a press event on October 8. However, we doubt it will talk about Rembrandt at that time, so we will have to wait a bit longer to see how much of this actually pans out.