A recent patch for Linux issued by AMD essentially confirms that the rumored Radeon RX 6600 will have a third of the amount of Infinity Cache as the already-launched Radeon RX 6700 XT. How this ends up affecting real-world performance obviously remains to be seen, but it is an interesting revelation all the same.

What exactly is Infinity Cache, and should you care? This is a part of AMD's second-generation Radeon DNA (RDNA 2) architecture. AMD introduced a new cache hierarchy with RDNA 2, injecting its latest GPUs with a pool of fast cache. Here's a look... 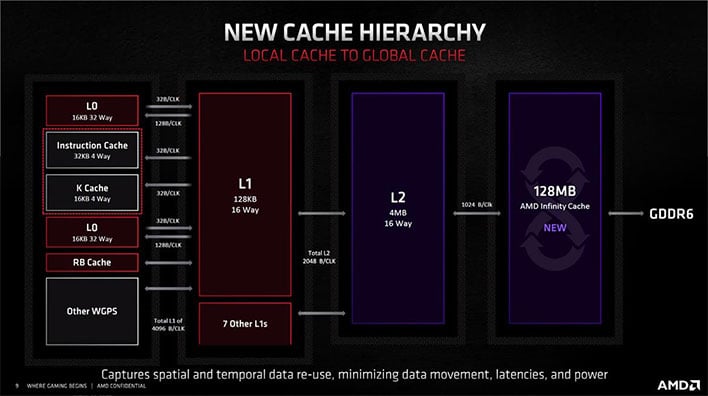 Our primer on Infinity Cache out of the way, let's talk about the Radeon RX 6600. In a recently issued patch for AMKFD, the Linux kernel HSA (Heterogeneous System Architecture) driver for AMD's processors with integrated graphics, AMD revealed some interesting tidbits about the cache arrangement for various GPUs.
"The L1 cache information has been updated and the L2/L3 information has been added. The changes have been made for Vega10 and newer ASICs. There are no changes for the older ASICs before Vega10," an AMD employee wrote.
Here's a look at the relevant patch notes... 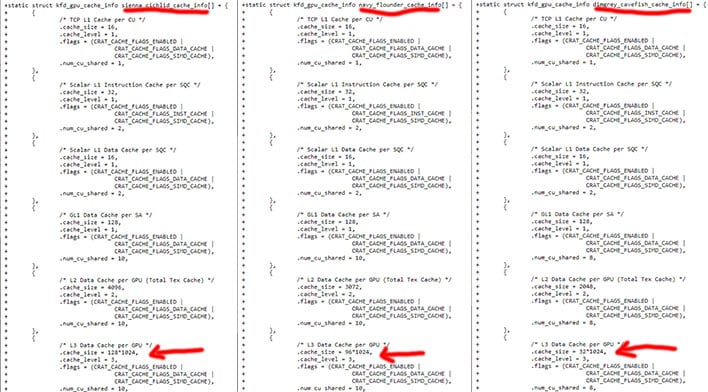 So there you have it—that is about as close to official confirmation as there can be, short of an actual product launch or overt announcement. In this case, the revelation comes by way of Mike Li, who according to his LinkedIn profile, is a senior software development engineer at AMD.