AMD CEO Dr. Lisa Su just wrapped up a livestream during which AMD's forthcoming, Zen 3-based Ryzen 5000 series of desktop processors was officially unveiled. Our coverage of the new Ryzen 5000 series has details of the initial line-up, along with some of its new features and expected performance. Before wrapping up the event, however, Dr. Su also pulled out a “Big Navi” based Radeon RX 6000 series card, and revealed some initial performance data.

As you all know, the highly-anticipated Radeon RX 6000 is based on AMD's next-generation RDNA 2 architecture, which is leveraged in both the upcoming Microsoft Xbox Series X/S and the Sony PlayStation 5 consoles. RDNA 2 should offer significant performance and efficiency uplifts versus current-gen Navi-based Radeons, along with support for new features, like hardware-accelerated Ray Tracing, for example. 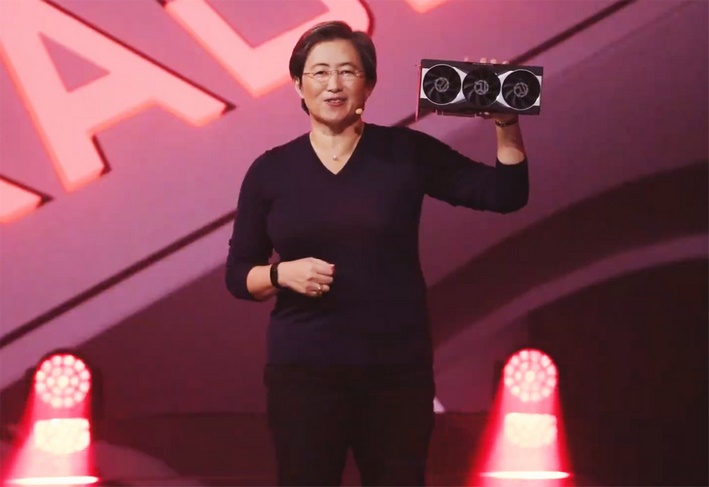 That said, for many gamers, real-world performance is their most important consideration when contemplating an upgrade or new GPU purchase. Since NVIDIA has already revealed its hand with Ampere and the GeForce RTX 30 series – which promptly flew off store shelves -- we’ve all been itching for a true glimpse at what the Radeon RX 6000 could do. And now we have at least part of the story.

During the livestream, Dr. Su showed off Borderlands 3 running on a Ryzen 5900X-powered system outfitted with a Radeon RX 6000. That setup delivered 61 FPS at 4K, with “badass” image quality settings. 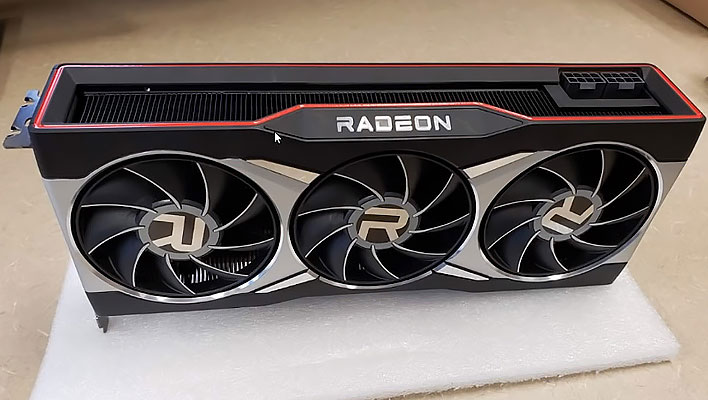 Shortly after that demo, however, Dr. Su revealed some additional performance data as well that showed the Radeon RX 6000 offering up 88 FPS in CoD: Modern Warfare and 73 FPS in Gears 5, both at 4K and with “Ultra” image quality settings.

Unfortunately, we don’t have any GeForce RTX 3090 benchmarks on hand using those same settings, in that same mix of games, but we do have this...

What this shows is that the Radeon RX 6000 series card Dr. Su used for the demonstration seems to outperform NVIDIA’s 2+ year old, previous-gen GeForce RTX 2080 Ti by about 17% using similar settings. The $699 (if you can find one) GeForce RTX 3080 crushes the RTX 2080 Ti by approximately 30 – 40% while gaming at 4K, but is only about 8% ahead of the RX 6000. That said, unless AMD is being coy here, which is entirely possible, it's probably a safe bet that team red team isn't going to be able to catch NVIDIA’s best this generation, especially if those rumored, higher-clocked 20GB RTX 3080s arrive soon. It’s possible the Radeon RX 6000 even ends up in the same ball park as the $499 (MSRP) GeForce RTX 3070 that’s due to arrive in a few weeks, if that card does end up beating the 2080 Ti as Jensen Huang has suggested. 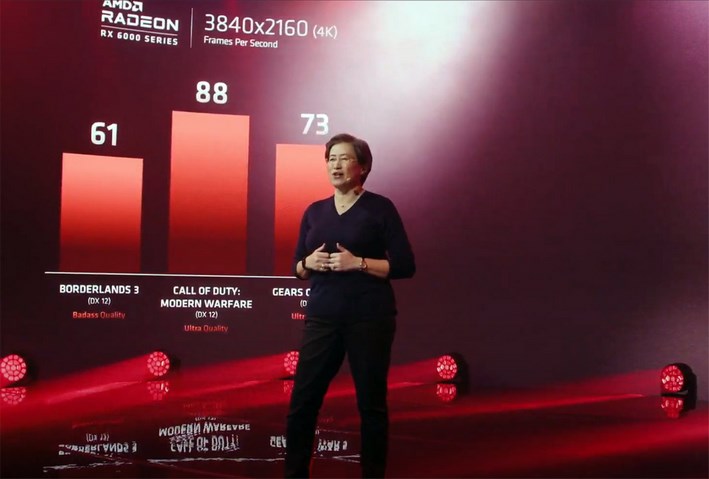 While delivering smooth framerates at 4K with high image quality levels is nothing to sneeze at, we suspect this reveal may leave some AMD fans a bit crestfallen. Rumors that “Big Navi” would hang with the GeForce RTX 3080 were either complete fabrications or highlight some specific corner cases. Time will tell.

We'll have to wait until October 28th for the official reveal of the AMD Radeon RX 6000 family along with pricing and availability info. This early glimpse at performance may have quelled some of the anticipation though, especially with the GeForce RTX 3070 waiting in the wings that should outperform the RTX 2080 Ti for around 500 bucks.