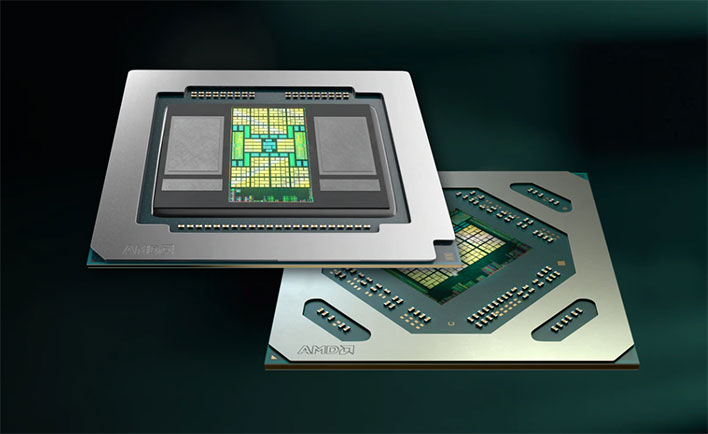 Earlier this week, AMD treated to Apple's 16-inch MacBook Pro to a GPU upgrade, with the introduction of the Radeon Pro 5600M. At least for now, the Radeon Pro 5600M is exclusive to the MacBook Pro, but is there any reason for Windows users to be jealous? That depends on you feel about a new set of benchmark data.
To recap, the Radeon Pro 5600M is a Navi part (Navi 12) based on AMD's first-generation Radeon DNA (RDNA) graphics architecture, and built on a 7-nanometer manufacturing process. It sports 40 compute units and 2,560 stream processors, along with 8GB of second-gen high bandwidth memory (HBM2) shuttling data over a 2,048-bit bus. According to AMD, it cranks out 5.3 TFLOPs of FP32 compute performance.
It is a pricey upgrade for 16-inch MacBook Pro buyers. Those who want to go that route will have to pony up an additional $700 over the base model with a Radeon Pro 5500M. That brings the cost of entry from $2,799 to $3,499. And if going hog wild with all of the upgrade options, the tally maxes out at $6,699 (plus around $500 more if bundling Final Cut Pro X and Logic Pro X into the package).
Is it worth the upgrade? Well, some 3DMark benchmark listings spotted by Twitter user @_rogame indicate there are big gains to be had. Have a look... 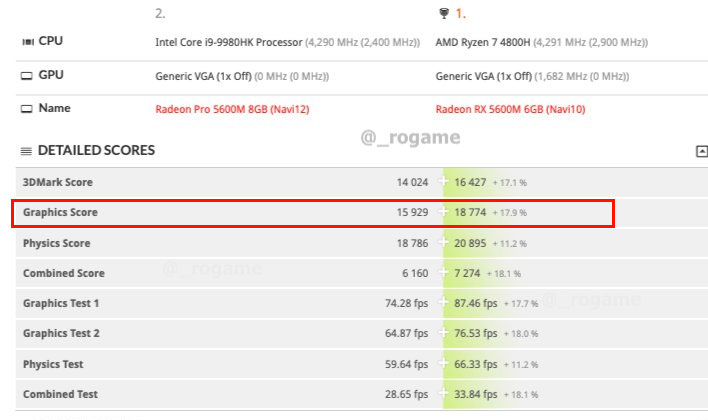 In the Fire Strike test, the Radeon Pro 5600M scored nearly 18 percent higher compared to the non-Pro Radeon 5600M (Navi 10) model, which has less memory. Obviously the two platforms are different, but that is why are narrowing our focus on the Graphics score, which helps isolate the GPU. 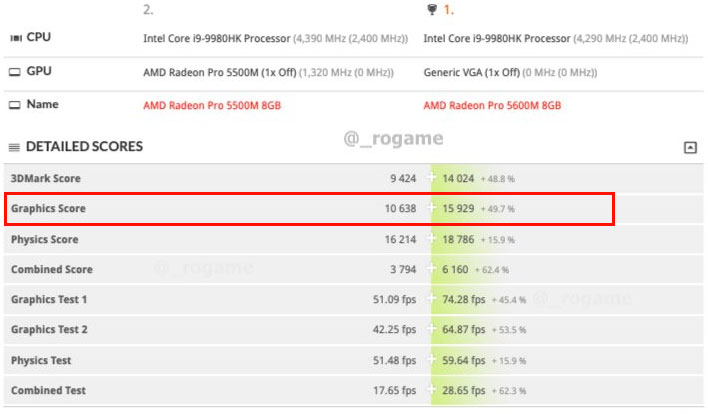 Compared to the Radeon Pro 5500M (Navi 14), the Radeon Pro 5600M shows an even more impressive performance bump, scoring a whopping 49.7 percent higher in the Graphics test in Fire Strike.
Similar gains can be seen in the Time Spy benchmark. Check it out... 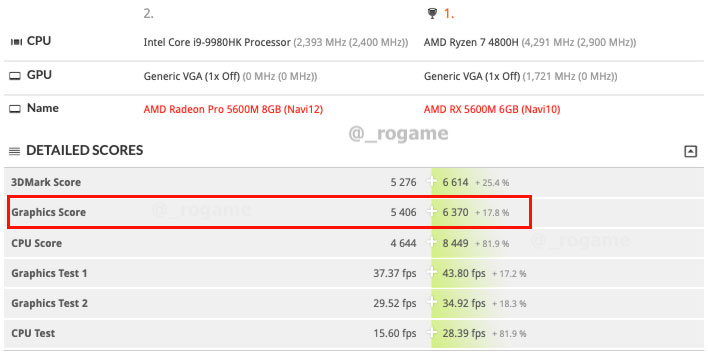 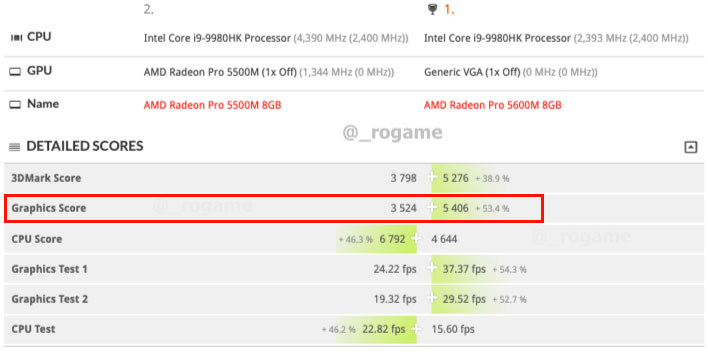 In the Time Spy test, the performance jump is 17.8 percent and 53.4 percent against the Radeon 5600M and Radeon Pro 5500M, respectively.
"More than ever, pro users require the freedom to create wherever their work takes them," said Scott Herkelman, who serves as Corporate VP and GM for AMD's Graphics Business Unit. "With AMD RDNA architecture, the AMD Radeon Pro 5600M GPU offers the optimal combination of compute horsepower and power efficiency, providing an outstanding mobile graphics solution to power a wide range of demanding workloads on-the-go."
Indeed, the performance data so far shows some impressive gains can be had from opting for the Radeon Pro 5600M. Whether those gains are worth an extra $700 is something that 16-inch MacBook Pro buyers will have to decide for themselves.