All Of AMD's Windows 11 Woes Are Now Fixed (Update)

Update: Wouldn't you know it? Almost as soon as we published this article, Microsoft began pushing out a fix for the L3 cache latency bug that was introduced with the first cumulative (Patch Tuesday) update for Windows 11, and which only affected AMD processors and platforms.
This is great news for AMD chip owners. Along with the updated chipset driver highlighted below, the addition of Microsoft's patch (now available via Windows Update) means the performance issues affecting Ryzen processors should be completely resolved. 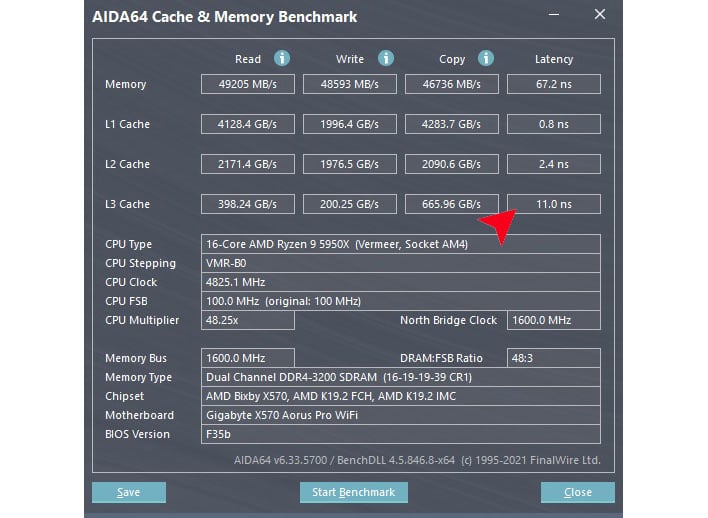 In fact, we installed the new drivers and patch moments after they became available and can confirm that L3 cache latency under Windows 11 appears to be fixed. Before installing the new drivers and KB5006746 update, L3 cache latency was roughly 32.9ns, post update, however, that number is down to 11ns, which is right in-line with Windows 10.
Original article: Attention AMD Ryzen platform owners, there is a brand new chipset driver available (version 3.10.08.506) with a fix for one of the two bugs that is wreaking a bit of benchmark havoc in Windows 11. It is available to download now, and if you have already upgraded to Windows 11 (or plan to in the near future), you should definitely grab this one.
We tested the performance impact of the bugs ourselves, on a system outfitted with a Ryzen 9 5950X processor, 32GB of DDR4-3200 RAM, Gigabyte Aorus X570 Pro WiFi motherboard, and Radeon RX 6700 XT graphics card. You can check out our benchmark data, but to quickly recap, we saw a big in hit in L3 cache latency when going from Windows 10 to Windows 11.
In the couple of games we tested, the performance impact wasn't as severe, and wouldn't even be noticeable to the naked eye. There are reports of much bigger performance hits in certain titles, though, so your mileage may vary.
The updated chipset driver addresses one of the two bugs, that being the one that prevents proper scheduling of the "preferred" or fastest core on a processor. AMD had previously acknowledged that "applications sensitive to the performance of one or a few CPU threads may exhibit reduced performance" because of that particular bug. It has now been addressed.
Here are the release note highlights of the latest chipset driver (the second one being of bigger interest)...
AMD also lists out a handful of known issues. They include...
Head to AMD's support article to download the latest chipset driver.

One More Patch To Go 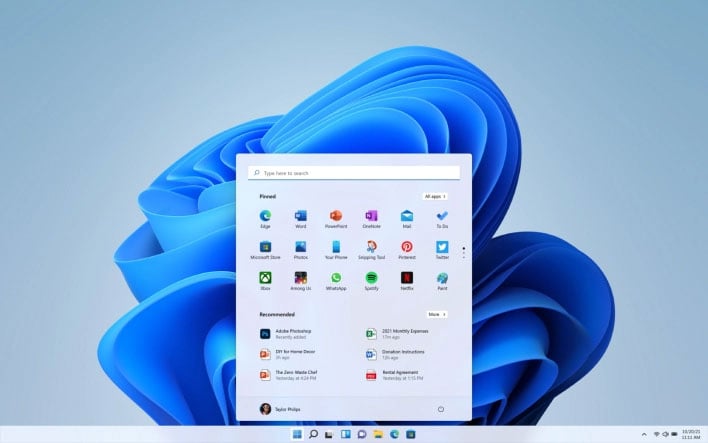 AMD's chipset driver fixes one of the two issues introduced with the first cumulative update for Windows 11 (build 22000.282), but doesn't resolve the L3 cache latency bug. According to what AMD said previously, Microsoft will roll out a fix for that one via Windows Update at some point. That is not available yet, and neither company has said when exactly it will land. Fingers crossed it will be soon.
To that end, Microsoft has been testing a patch in its Windows Insider program that is supposed to fix the issue. Early reports suggest it has been successful. Assuming that is the case, it is now just a matter of waiting for Microsoft to green light the patch's roll out to the public at large.