We've reported on the performance problems with Ryzen CPUs under Windows 11 a few times now, and produced our own test results to demonstrate the issues. AMD and Microsoft said they had patches forthcoming, and indeed, that seems to be the case.

Testers in the Beta and Release Preview channels in the Windows 11 Insider's program will have received build 22000.282 by now, which includes among its myriad fixes a patch for the severely increased L3 cache latency issue on Ryzen processors. In case you didn't see our prior reporting, an unspecified bug in Windows' low-level services, drivers, or kernel somewhere caused L3 cache latency to spike to over triple its value on Windows 10.

Such an increase in cache latency can have a seriously deleterious effect on performance, especially given that recent Ryzen CPUs rely on their massive L3 cache—as much as 32MB per core complex—to help allay the negative effects of their own relatively-high access latency to main memory. 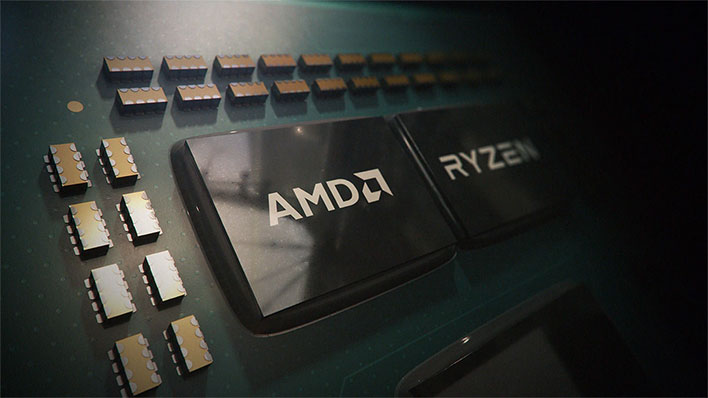 We haven't tested the fix ourselves yet, but Microsoft does indeed say that it is "fixed," so hopefully performance should be returned to Windows 10 levels at least. There's still another performance regression for Ryzens running Windows 11 that has to do with broken UEFI CPPC2 functionality, though.

Essentially, Ryzen CPUs are aware of which of their cores are the most efficient, and normally will communicate this to the operating system, but Windows 11 isn't making use of that data just yet to fully optimize performance. Because of that, it's possible that Ryzen CPUs are running less efficiently on Windows 11 than they could, resulting in slightly more heat output or slightly lower peak clock speeds.

According to AMD, a fix for that issue is also on the way, so Ryzen owners on Windows 11 probably won't have much longer to wait. Neither company has provided a date, but AMD says that the fixes for both issues should be available in mainline Windows before the end of the month.