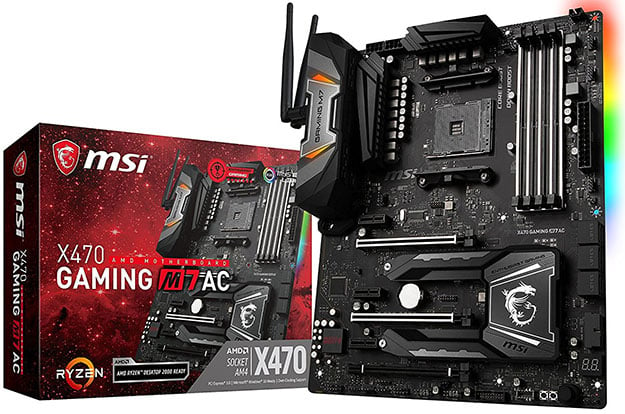 Just over a week ago, AMD gave us an update on its upcoming Zen 3-based Ryzen 4000 desktop processors, and the platforms that would support the chips. That update, however, didn’t go over very well with the enthusiast community, as AMD explained that only current-generation X570 and B550 motherboards would support Zen 3.

"While we wish could enable full support for every processor on every chipset, the flash memory chips that store BIOS settings and support have capacity limitations,” AMD said in a blog post. “Given these limitations, and the unprecedented longevity of the AM4 socket, there will inevitably be a time and place where a transition to free up space is necessary—the AMD 500 Series chipsets are that time.”

What a different a week makes, because AMD has now confirmed that it will extend support to both the X470 and B450 chipsets, which were introduced with the Ryzen 2000 processor family in 2018. “Over the past week, we closely reviewed your feedback on that news: we watched every video, read every comment and saw every Tweet,” AMD wrote today in a statement. “We hear that many of you hoped for a longer upgrade path.”

This support won’t come easy due to constraints with the SPI ROM capacities of certain 400-Series motherboards, but AMD is taking a multi-step approach to ensure that those with X470 and B450 motherboards have the opportunity to take advantage of Zen 3 processors due out later this year. Those steps include:

Of course, AMD would prefer that you use 500-Series motherboards like the X570 due to the inclusion of performance-minded optimizations and support for PCIe 4.0. But for those that want a simple and effective processor upgrade path without having to buy another motherboard that would add a few hundred dollars to their bill, this is a well-deserved olive branch from AMD. It’s nice to see that AMD is listening to customer feedback, and doing its best to make good on the promise of long-term support for the AM4 socket through 2020.