Amazon’s much anticipated video game New World has officially arrived. Players are eager to get their hands on the game after experiencing several delays and rounds of beta testing. Unfortunately, many New World players are either waiting a very long time or are unable to get in the queue at all.

The complaints are primarily from New World players in the European Union where the game launched at 8am CEST. The launch capacity for each server has reportedly been capped at 2,000 players. For those lucky enough to get into the queue, anticipated wait times are being measured in days instead of hours. Other players have been unable to make it past the game's menu.

Some players also have been experiencing game-breaking bugs. They have reported that the game has not registered their clicks. This has caused them to restart the game and forced them back into the obscenely long queue (over 600,000 concurrent players are online at the moment). 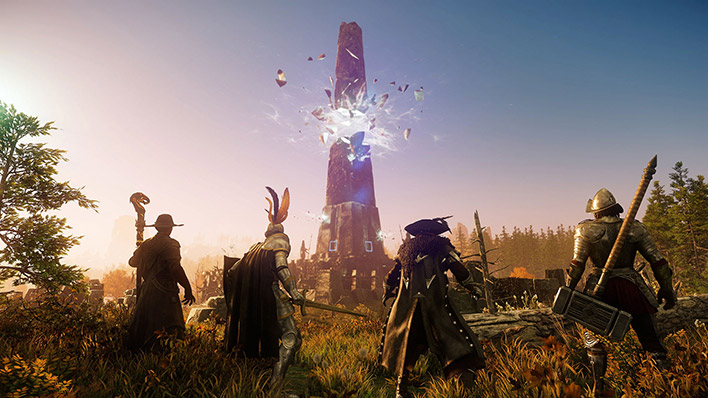 There does not appear to be a solution at the moment and Amazon has not yet released a statement. Players may want to wait a few days until things have quieted down. It is not uncommon for there to be issues on the launch day of a major game, but it is still exasperating, particularly if you have paid money for the game.

This is not the first time that there have been some issues associated with New World. A closed beta was launched this past July during which players complained that the game was bricking their GeForce RTX 3090’s. It turns out that New World was not the problem. EVGA discovered that poor soldering was actually to blame for most of the cases and they shipped replacements to users who encountered the issue. This was an especially frustrating problem given the price of 3090’s and the difficulty in obtaining them.

New World is a massively multiplayer online role-playing game (MMORPG) that has been developed by Amazon Games Orange County and published by Amazon Games. It was originally scheduled to release in May 2020, but was delayed to August 2021 and then again to September 2021. The standard edition of the game is available for $39.99 USD, while a deluxe version can be purchased for $49.99 USD.