Here's a tip when it comes to shopping for Amazon's own hardware—try to resist paying the full list price whenever possible. That's actually not all that difficult, because Amazon frequently slashes prices even when there isn't an official deals event, like Black Friday or Prime Day. It's happening right now, with Amazon's Echo Dot (4th Gen) marked down to its lowest price ever.
As part of an apparent smart speaker sales bonanza, you can score the 4th Gen Echo Dot for $27.99 at Amazon (save $22). It's dipped close to the current discounted price point a few times in the past, but never quite this low. And looking at the tracking info a CamelCamelCamel (an awesome resource for price checking deals on Amazon), the average price since it released sits at $43.70.
The latest version of the Echo Dot is a compact ball-shaped speaker with Alexa. it will fit just about anywhere, and you can use your voice to bark out any commands that Alexa recognizes. These kinds of devices are also handy to have if you've smartified (is that word?) your home. "Alexa, turn up the thermostat" or "Alexa, dim the lights."

There are different color options, too, including Charcoal (linked above), Glacier White, and Twilight Blue, all marked down to the same price. 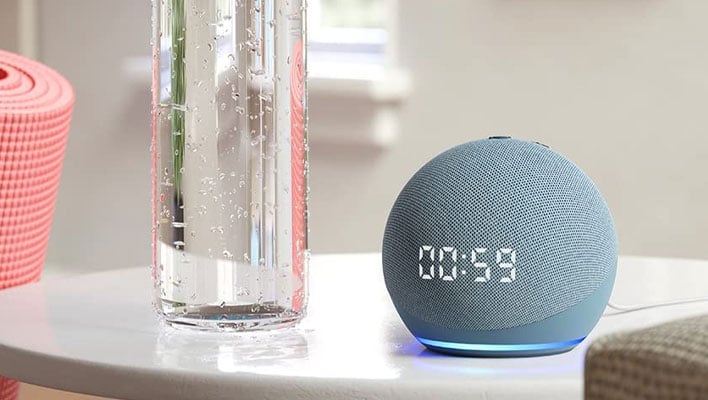 Amazon has also marked down the version of its Echo Dot (4th Gen) with a built-in clock display—it's on sale for $39.99 (save $20). It's essentially the same speaker, but with an LED display to see the time or set a timer or alarm. And like a regular alarm clock, you can tap on the top to snooze the alarm. Because, you know, who gets up the first time an alarm sounds?
Here are some other Echo Dot deals... 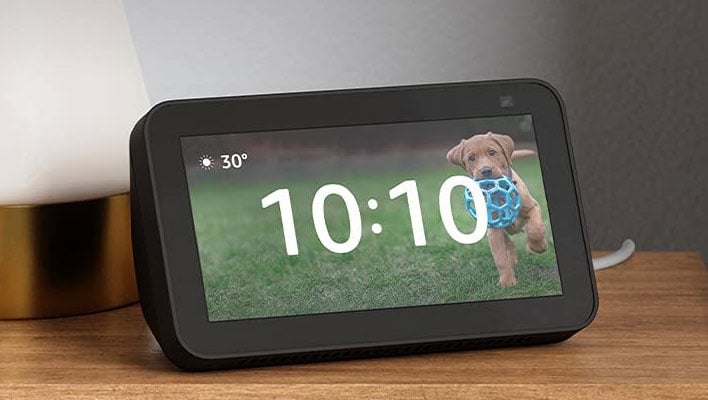 Several of Amazon's Echo Show smart displays are on sale as well...
These also feature Alexa support as well, though the features and specifications differ by model.