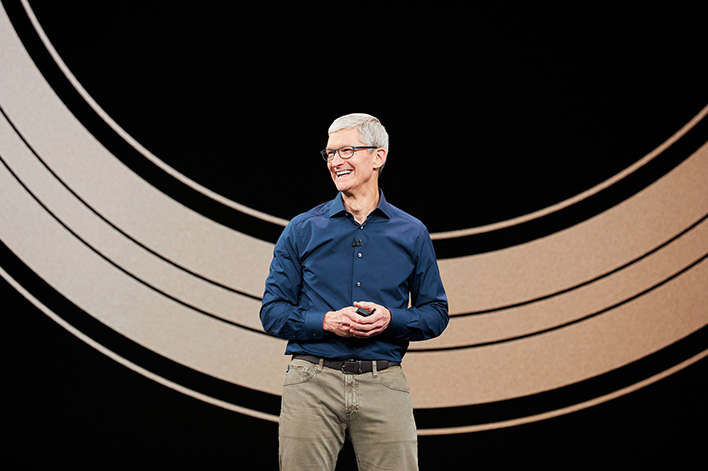 The heads of some of the biggest technology companies in the world are in Washington, D.C. today to testify before Congress as lawmakers get ready to decide if more antitrust regulation is needed. Specifically, they include Alphabet/Google CEO Sundar Pichai, Amazon CEO Jeff Bezos, Apple CEO Tim Cook, and Facebook CEO Mark Zuckerberg.
Out of the four companies they represent, only Facebook has a market cap south of a trillion dollars ($665.12 billion, currently). Collectively, the four tech behemoths have a market cap of around $4.86 trillion. These are some of the largest and most lucrative technology firms on the planet, and with that status comes a fair amount of responsibility.

Today's hearing is titled, "Online Platforms and Market Power, Part 6: Examining the Dominance of Amazon, Apple, Facebook,and Google." It comes after a 13-month investigation in which lawmakers collected a wealth of documents (more than 1.3 million) and hundreds of hours of interviews, according to The New York Times.
Ahead of the hearing, each of the CEOs prepared remarks in defense of their companies.
"Unlike many other countries around the world, this great nation we live in supports and does not stigmatize entrepreneurial risk-taking. I walked away from a steady job into a Seattle garage to found my startup, fully understanding that it might not work. It feels like just yesterday I was driving the packages to the post office myself, dreaming that one day we might be able to afford a forklift. Amazon’s success was anything but preordained," Bezos wrote.
Bezos also stated that Amazon competes daily with established players like Target, Costco, Kroger, and perhaps its biggest competitor, Walmart, "a company more than twice Amazon's size."
"There are now 1.7 million small and medium-sized businesses around the world selling in Amazon’s stores. More than 200,000 entrepreneurs worldwide surpassed $100,000 in sales in our stores in 2019. On top of that, we estimate that third-party businesses selling in Amazon’s stores have created over 2.2 million new jobs around the world," Bezos added.
The statements are similar in nature across the board, just the details are different. Cook, for instance, argues that "the smartphone market is fiercely competitive," noting that "Apple does not have a dominant market share in any market" where it does business. And not just for the iPhone, but in any category.
Cook also touted how much revenue Apple's App Store generates, calling it "nothing short of an economic miracle" to be as successful as it has been in a relatively short period of time.
It remains to be seen what will actually come from this hearing, or what nuggets of information will be revealed. When Zuckerberg testified before Congress following the Cambridge Analytica scandal, it amounted to a lot of postering. However, Zuckerberg did say he would welcome more regulation. He may get his wish, depending on how today goes.