After all the rumors about insane power draw (and thus insane heat output) for the flagship model of the upcoming family of GeForce GPUs, most folks have been expecting some kind of insane, exotic cooling system for the cards.


That may yet come to pass for the final release models, but the pictures above and below are based on recent leaks that purport to show the engineering sample coolers for the GeForce RTX 4090 Ti. The images come from YouTube channel (and frequent leaker himself) Moore's Law is Dead, who put up a video discussing his expectations for the final cooler as well as these renders of what he thinks is just an engineering sample design. 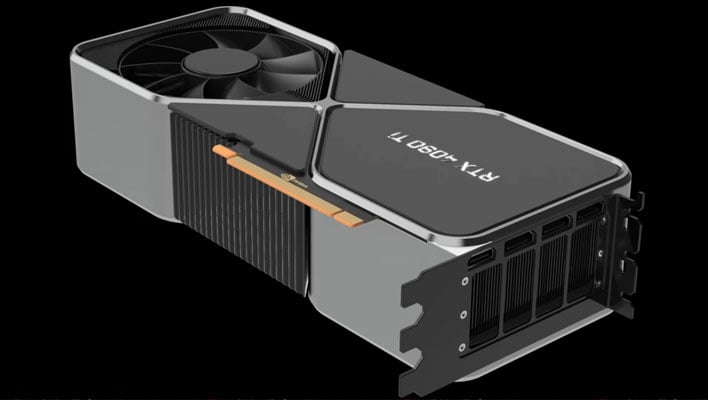 The cooler design in these renders is based on the GeForce RTX 3090 cooler with modifications inspired by the leaked images from China. Essentially, it's the GeForce RTX 3090's cooler extended to 3.25 slots. Such a thing sounds impractically heavy to us, and would essentially require a stand in any tower case, but it does sound like quite a potent GPU cooler.

Alternatively, the leaked images could be completely fake. MLiD discusses that possibility as well as the likelihood of an entirely different cooler being used for the final retail product in his video, which you can view on YouTube.