The evidence is starting to mount that NVIDIA's GeForce RTX 3080 Ti will soon be upon us. Earlier this month, we saw a shipment of MSI GeForce RTX 3080 Ti Ventus 3X OC cards, and last week, the card was listed for preorder at a Polish electronics retailer. Now, yet another MSI card is basking in the limelight. 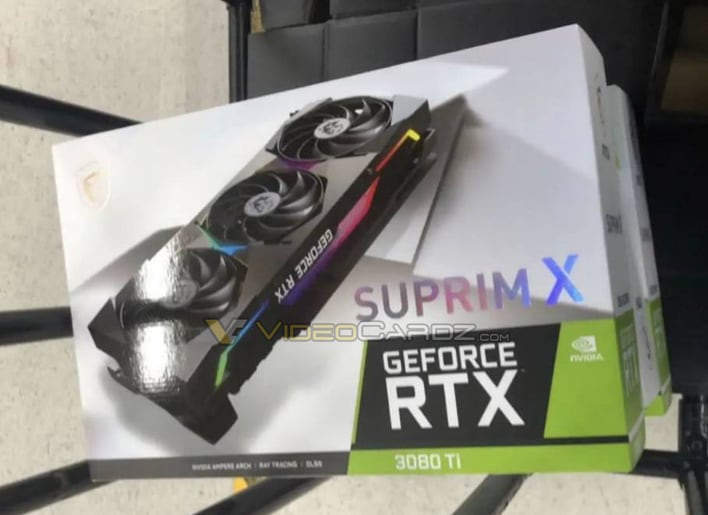 The GeForce RTX 3080 Ti will also be among the first of NVIDIA's new GAxx2 GPUs, including new hardware provisions to cut Ethereum mining hash rates in half. This new limiter is supposedly an improvement over the one that debuted with the GeForce RTX 3060. The GeForce 466.24 driver is the first to enable this limiter for GAxx2 GPUs.

However, MSRPs for graphics cards these days are more of a formality than something based in reality. GeForce RTX 3080 and GeForce RTX 3090 cards regularly sell twice their retail price on third-party marketplaces, which is unfortunate. A combination of crushing demand, strained fab capacity, and crypto miners is contributing to this historic fallout.