Apple's upcoming iPhone 13 is rumored to feature an always-on display with a 120Hz refresh rate, the latter of which puts it in the category of several 'gaming' smartphones. Why wasn't a 120Hz refresh rate included iPhone 12 series? It may have been due to the drain it would have on battery life, which is something Apple looks to be addressing, according to some leaked CAD files.
One of the rumors that is floating around is that Apple had to decide between 5G connectivity and a 120Hz refresh rate on its iPhone 12 series. This was not a core hardware limitation—armed with a custom A14 Bionic system-on-chip and 4GB of LPDDR4 memory, it could have powered a 120Hz refresh rate just fine. However, Apple may not have been happy with the effect supporting both would have had on battery life, so it chose 5G connectivity.
If true, then Apple made the correct choice, at least from a marketing standpoint. Touting support for 5G, along with Apple's aggressive marketing campaign to that effect, holds greater mass appeal than a faster refresh rate among the general population. Tech savvy individuals may have preferred a higher refresh rate over 5G connectivity, but they are in the minority.
The iPhone 13 may not present the same conundrum. Prominent leaker Jon Prosser shared a pair of iPhone CAD files available to download, one for the standard iPhone 13 and the other for the iPhone 13 Pro. They both show a thicker design to allow Apple to squeeze in a fatter, more capacious battery. Doing so would offset any additional power drainage from having both a 120Hz display and 5G modem.
How capacious are we talking about? Well, previous leaks indicate the following...
If those are accurate figures, then the biggest bump in battery capacity is headed to the iPhone 13 Pro Max, which will benefit from an 18 percent increase, almost twice the gain as the iPhone 13 Pro and iPhone 13, and a more than double the gain afforded to the iPhone 13 mini. 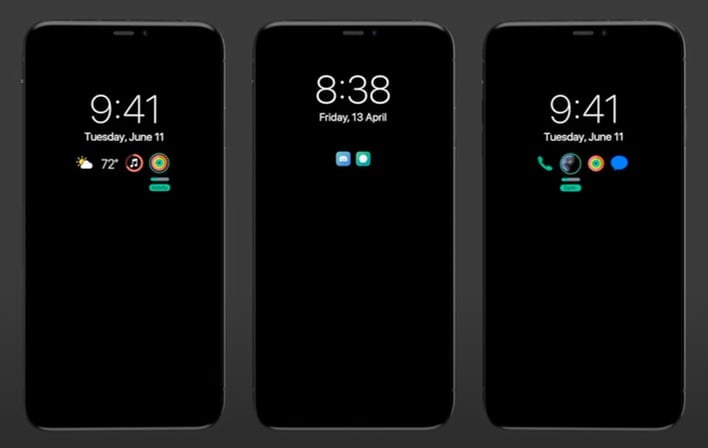 Bigger batteries would also help with having an always-on display. Previous leaks suggest this will entail a "toned down lock screen" when the phone is inactive, to display things like the current time, remaining battery life, and a banner with limited app notifications (when available). Welcome to the always-on smartphone display party, Apple.
As to what else we can expect, rumors have pointed to an improved MagSafe design, a 1TB storage option on the iPhone 13 Pro Max, LiDAR, an in-display Touch ID, and a smaller notch on the front of the phone.