Intel is close to releasing its first batch of processors based on its hybrid Alder Lake architecture, at which point we will finally have some definitive answers about how it performs. Until then, we're left to leaks and rumors. In theory, leaks should be a little more reliable since we're so close to a retail release. And if that is the case, a new batch of benchmark data for a trio of Alder Lake CPUs bodes well for Intel's upcoming launch.
The big deal with Alder Lake is the mixing of high performance Golden Cove cores with power efficient Gracemont cores in the same package, though that fact alone only tells a small portion of the story. During its Architecture Day 2021 event a few weeks ago, Intel shared some more details about the architecture, a key component of which is Intel's Thread Director technology.

Thread Director is a hardware-level thread analyzer scheduler that "provides runtime feedback" to the operating system to benefit any time of workload. This will work in conjunction with Windows 11, which is due to release on October 5. Here's a short video on the technology...

Thread Director also dynamically adapts to thermals, load, and power requirements on the fly without any user input. That means there are no Thread Director dials to fiddle with, it's just part of the architecture and underlying technology that works its magic on the heterogeneous makeup that is at play with Intel's Alder Lake lineup.
How will it actually fare, though? We'll have answers soon enough. For now, though, some newly leaked benchmarks obtained by Persian site Sakhtafzarmag provide some interesting potential hints of what is to come. 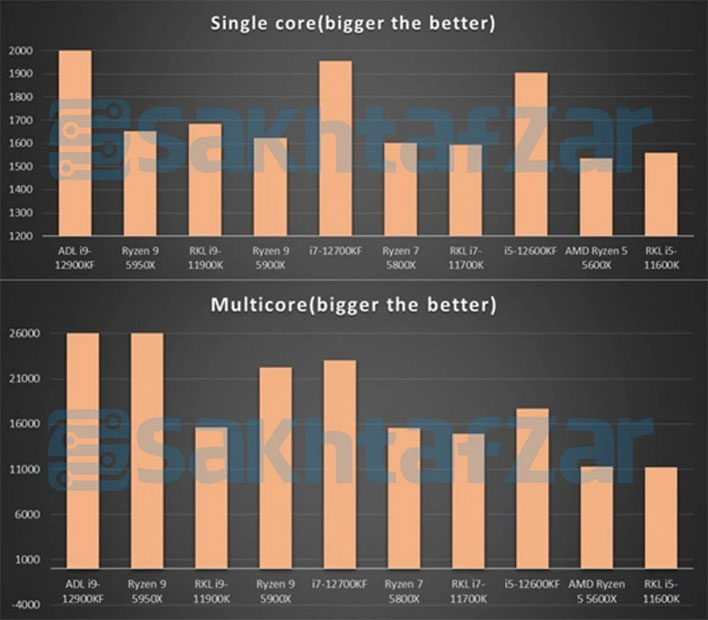 One thing to keep in mind is that we have no idea what the testing conditions consisted of, including the amount of RAM, what motherboard and chipset drivers were in play, and even whether the scores were obtained at stock settings.
Caveats out of the way, all three Alder Lake CPUs posted impressive single-threaded metrics that are a few hundred points higher than AMD's Zen 3 processors, And in the multi-threaded arena, the Alder Lake CPUs also performed well, especially the Core i9-12900KF, which brought parity between it and AMD's flagship 16-core/32-thread Ryzen 9 5950X. 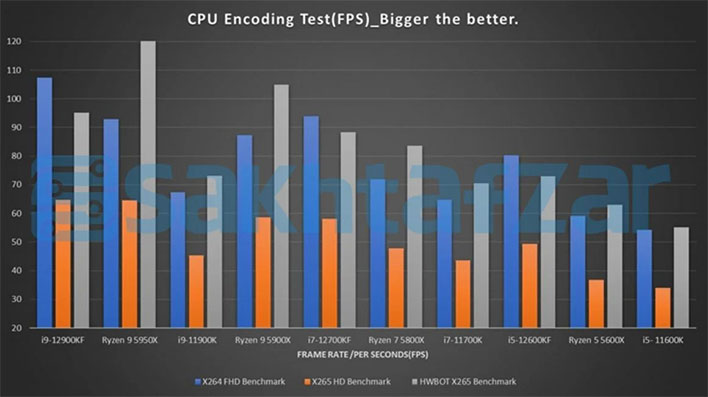