Passengers on an Alaska Airlines flight had to be evacuated after landing at Seattle-Tacoma International Airport because someone's smartphone caught on fire before the plane reached its gate. Crew members acted quickly, retrieving fire extinguishers and putting out the fire. Fortunately, it does not appear as though anyone was seriously hurt, just some "minor scrapes and bruises," according to airline officials.
What caused the smartphone, believed to be a Samsung Galaxy A21, to ignite is not known. This sort of thing is usually traced to the lithium ion battery pack, which are known to overheat and catch fire if they have been damaged or there is a defect in manufacturing. Whether the device was using the original battery or a replacement is not known either. It could even be the fault of a third-party charger. 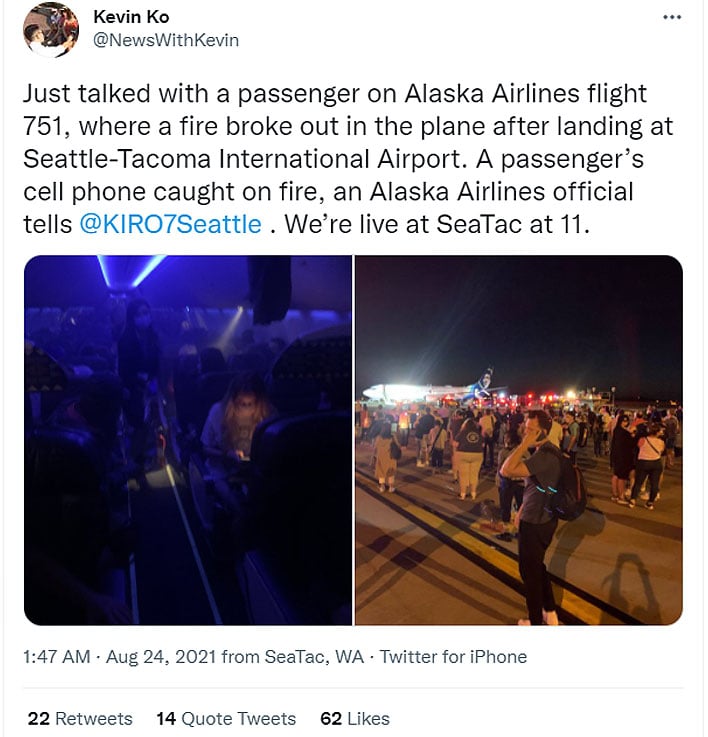 Technically, the battery inside the Galaxy A21 is non-replaceable. Like many modern smartphones, the premium design and craftsmanship come at the expense of easily replaceable parts and DIY repairs. But while the chassis is not designed to be opened up, with the right tools and know-how, it is indeed possible to get at the guts o the Galaxy A21, extract the battery, and put a new one inside.
The phone was actually "burned beyond recognition," according to what Perry Cooper, a spokesman for the Port of Seattle, to The Seattle Times in a statement. It was identified as a Galaxy A21 by the passenger, who spoke with local police about the incident.

"After much digging, I can tell you that the phone was burned beyond recognition," Cooper said. "However, during an interview with one of our Port of Seattle Police officers, the passenger volunteered the phone was a Samsung Galaxy A21. Again, we could not confirm it by looking at the remains of the device." 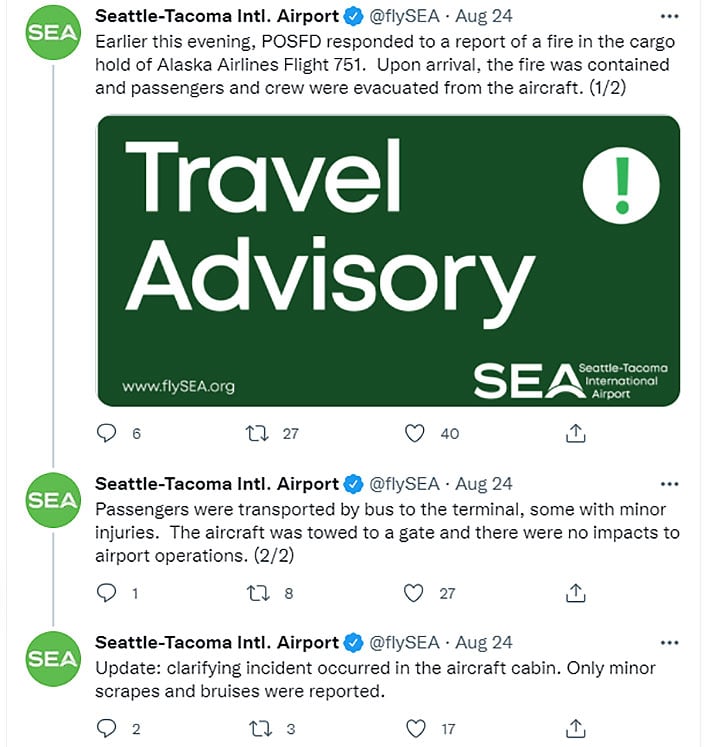 It took several fire extinguishers and a battery containment bag to deal with the situation. But as smoke filled the cabin, the decision was made to evacuate 128 passengers and six crew members onto the tarmac, who then hopped on a bus to the terminal. The aircraft was subsequently towed to a gate, and remarkably, none of this disrupted airport operations.
Several years ago, Samsung issued a global recall for its Galaxy Note 7 device because of defective batteries that were prone to overheating and igniting. Samsung later determined the culprits to be irregularly sized battery packs in some cases, and manufacturing issues in others.
Here's hoping the Galaxy A21 ordeal ends up being an isolated and/or freak incident, and not indicative of a larger problem with the phone series.