Should AI Be Allowed To Patent Inventions? A New Lawsuit Aims To Sort It Out 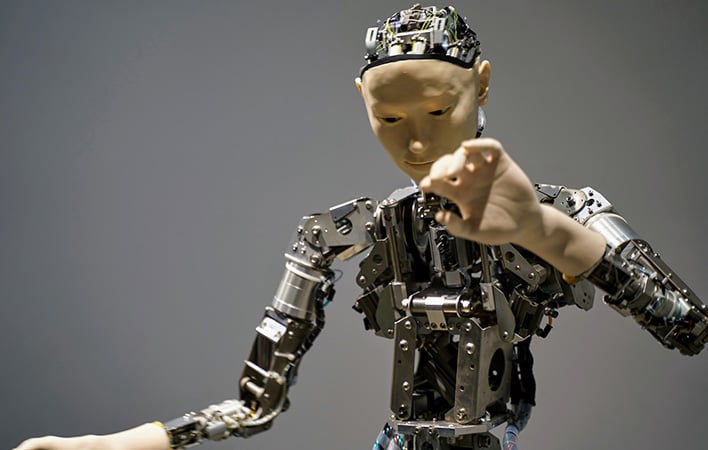 The United States Patent and Trademark Office recently ruled that only flesh and blood humans can be granted patents, not artificial intelligence systems, thus ensuring that a Skynet scenario will play out (you didn't think I'd talk about AI without a Skynet reference, did you? Pshaw!). Now it faces a lawsuit over its decision.
What set this in motion is the filing of two patent applications in July of last year by Stephen Thaler, a physicist and AI researcher, on behalf of an AI "creative engine" called DABUS. One of the patents relates to an adjustable food container and the other one has to do with an emergency flashlight. On both applications, Thaler listed DABUS as the inventor.
While neither of the patents are particularly interesting or revolutionary, what is interesting is the question of whether an officially recognized inventor must be a human being. And the USPTO has answered that question, noting that "under current law, only natural persons may be named as an inventor in a patent application."
DABUS is not a human being. It is an AI model trained on data in a neural network, and apparently it can invent things. However, it can't get credit for its inventions, not from the USPTO, anyway. Thaler and his legal team want to change that. Ryan Abbot, a professor at the University of Surrey School of Law who is representing Thaler in his lawsuit, explained the reasoning to Motherboard.

"What we want is to have innovation. AI has been used to help generate innovation for decades and AI is getting better and better at doing these things, and people aren’t. The law is not clear on whether you can have a patent if the AI does that sort of work, but if you can’t protect inventions coming out of AI, you’re going to under-produce them," Abbot said.
From the USPTO's standpoint, there is already legal precedence on the matter. The agency notes that courts have already ruled that corporations cannot be inventors, only the people within the corporation can be listed as such.
What's your opinion on this? Should the USPTO grant patents to AI systems, or only to humans? Sound off in the comments section below.