ADATA just hosted a product showcase where it unveiled its latest in "Xtreme Innovation." Among the products announced were a new SSD family – Legend – and new DDR5 memory for PCs.

The Legend SSDs use a PCIe 4.0 interface, which is par for the course with today's high-speed storage solutions. It's also among the fastest available on the market – at least regarding read speeds – with sequential reads coming in at 7,400 MB/sec. Sequential writes are impressive as well, thanks to the 5,000 MB/sec rating. In case you were wondering, this performance is plenty fast for Sony's PlayStation 5, which now supports user-replaceable PCIe 4.0 SSDs. 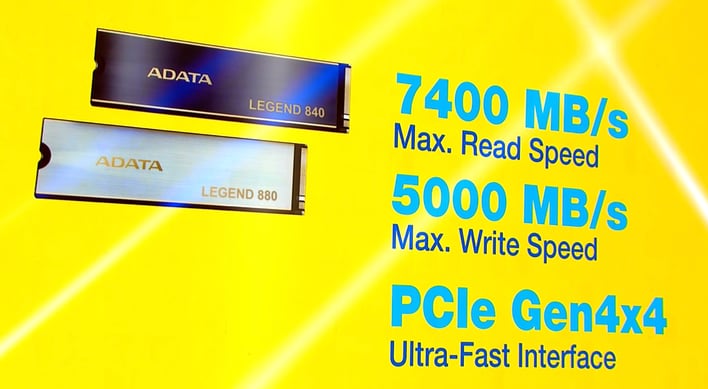 For those that want high-speed storage in an external form factor, ADATA also touted its new SE920. The SE920 is an external SSD using the USB 4 interface, which ADATA says is up to four times faster than its USB 3.2 counterparts. As a result, the external drive can hit sequential read speeds of up to 4,000 MB/sec and uses heat conduction tech to keep the device cool under load. 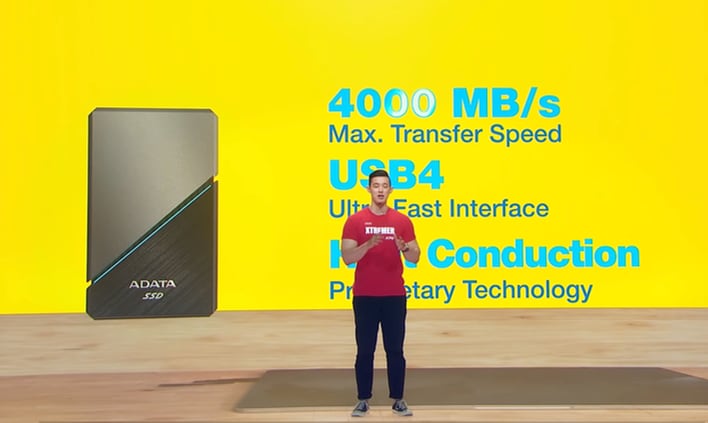 Unfortunately, ADATA didn't provide any details on what controller the SE920 is using or the sequential write speeds. Whatever the case, it will be among the fastest external SSDs on the market, which is appealing in its own right. 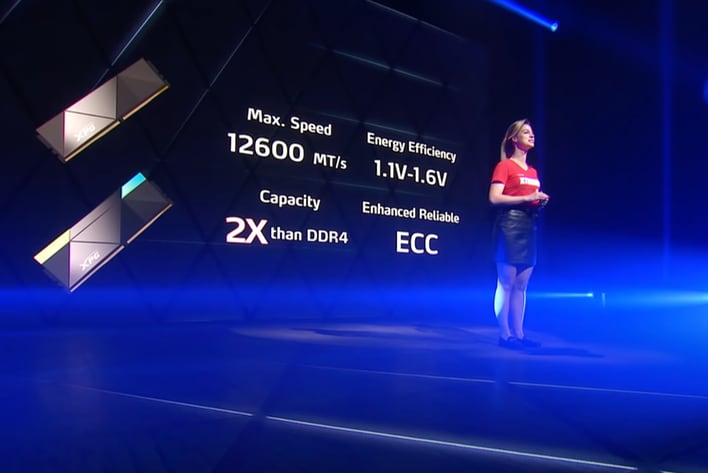 Finally, the company announced that its first DDR5 modules for Intel's Alder Lake platform are on the way. Its standard modules will be offered at up to DDR5-8400 speeds, which is 163 percent faster than JEDEC-spec DDR4-3200 modules. In addition, ADATA says that its modules will feature double the capacity of its current-generation DDR4 modules while operating at 1.1 volts.

If that wasn't enough, the company's XPG brand promises to launch DDR5-12600 modules, operating at 1.1 to 1.6 volts. Unfortunately, as with the other products announced, there's no word on pricing and availability or even what capacities will be available in kit form for enthusiasts.