Activision Denies Reports That 500,000 Call Of Duty Accounts Have Been Hacked 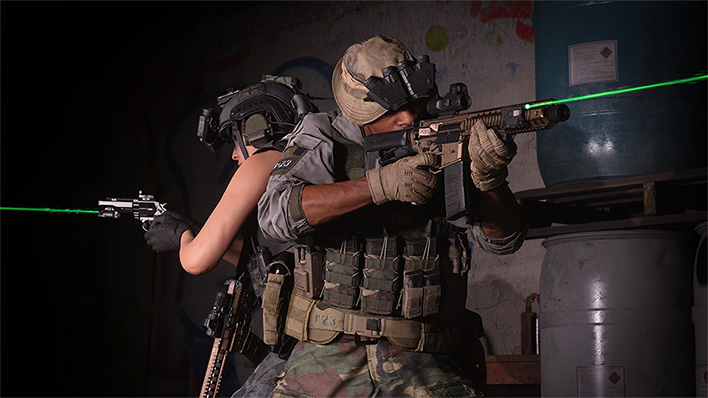 As it turns out, the "biggest hack in Call of Duty history," as a now-deleted Twitter account claimed yesterday, did not actually happen, according to a statement issued by Activision. News of the supposed hack spread through social media when a few prominent content creators latched onto the rumor and encouraged their followers to change up their passwords.
The rumor was started by @oremyyyt, an account that no longer exists on Twitter. While still active, however, the called attention to the supposed breach, saying they had "never seen in my life a hack this badly on such a large scale. This is 10x worse than the notorious PS3 hack." It was later reported by others that over 500,000 accounts had been hacked.
That would obviously be concerning, if it truly occurred. Activision says it most definitely did not. 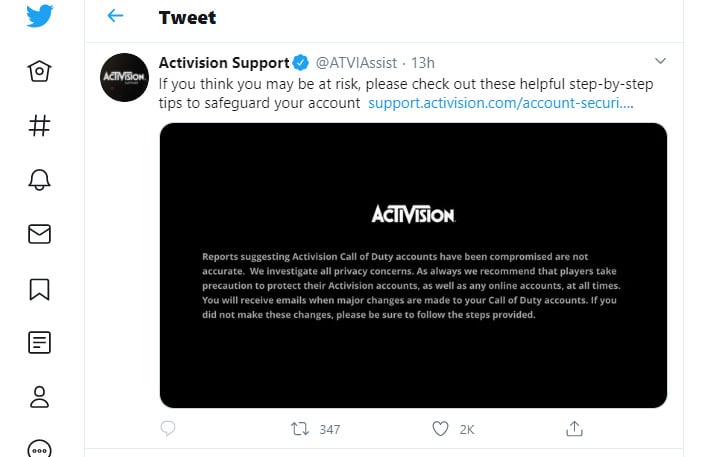 "Reports suggesting Activision Call of Duty accounts have been compromised are not accurate. We investigate all privacy concerns. As always we recommend that players take precautions to protect their Activision accounts, as well as any online accounts, at all times. You will receive emails when major changes are made to your Call of Duty accounts. If you did not make these changes, please be sure to follow the steps provided," Activision said in a statement.
Reading between the lines, or what is not between the lines, is no mention of there not being a hack at all. Even if that is the case, however, Activision maintains that no accounts have been compromised.
Activision outlines several tips that users should follow to secure their accounts, including the use of strong and unique passwords, linking platform accounts (you can link a PlayStation, Xbox Live, Steam, and Battle.net account to your Activision account), not signing in when using a shared device, avoiding scam sites and suspicious offers, and so forth.
Curiously, Activision does not offer a two-factor authentication (2FA) option. This is generally considered one of the safer ways to protect an account, as it requires not only punching in a password, but also a one-time code sent via text or email, when attempting to log into an account. Perhaps the publisher will add 2FA protection in the future.