Let us all take a moment of silence for the tens of thousands of cheaters in Call of Duty: Warzone, who publisher Activision has permanently banned since the battle royale mode launched earlier this month. Just kidding, go ahead and celebrate—pump your fist in the air, high five your cat, or do whatever makes you feel happy. But don't cheat, because cheaters suck.
Activision agrees, and is coming down hard with a "zero tolerance" policy. Since launching Warzone, Activision says it has dropped the ban hammer on more than 50,000 players worldwide, and we are sure that number will grow as time goes on.
"We take all forms of cheating very seriously, maintaining a level and fair playing field for everyone is among our highest priorities. This is an area we have been working on heavily, but it isn’t always something we discuss publicly," Activision stated in a blog post. 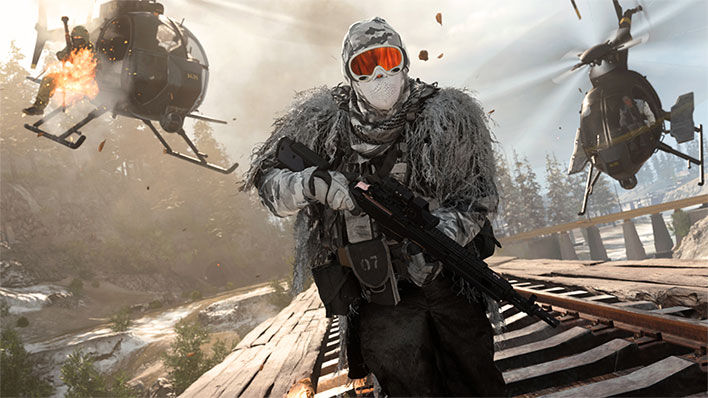 A permanent ban is not necessarily the go-to punishment when running afoul of Activision's terms. Depending on what exactly the offending player was caught doing, they could receive a temporary suspension ranging from 48 hours to two weeks or more. However, permanent bans are enforced on a first offense is a player is caught using a unauthorized third-party software to gain an unfair advantage or manipulate stats.
Activision says it is employing a number of safeguards to protect honest players from cheaters. They include...
Interestingly, up to this point Activision has not been super forthcoming about what it does to ensure an even playing field. However, going forward the publisher said it will provide a regular count on the number of bans issued.