There's no question that we're getting close to the launch of AMD's Ryzen 5000 Series mobile processors and the upcoming GeForce RTX 30 Series Mobile GPUs. Both product families have been leaking frequently in recent weeks, with the most recent leak coming today with the Acer Nitro 5 AN517.

This version of the Nitro 5 (AN517-41-R9S5) features a 144Hz 17.3-inch IPS display (matte) with a resolution of 1920x1080. Powering that display is a mobile version of the incredibly potent NVIDIA GeForce RTX 3080. That GPU is a 4K graphics monster, and should have no trouble pushing pixels with ray tracing enabled at the panel's default resolution. The GeForce RTX 3080 is listed with just 8GB of memory versus 10GB on the desktop versions. 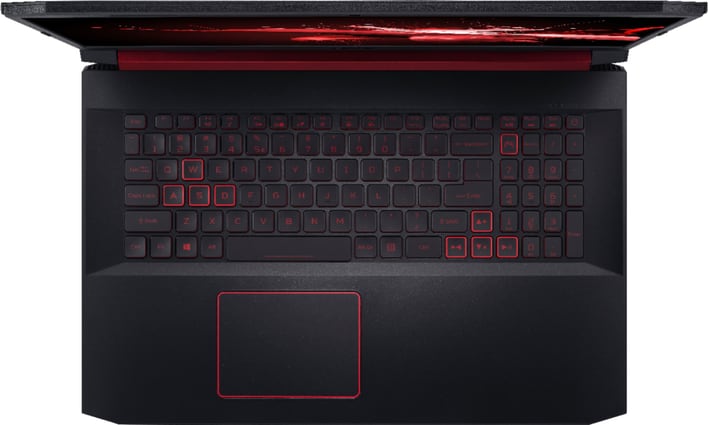 Running the show is a Ryzen 7 5800H processor, which is based on AMD's 7nm Zen 3 architecture. Zen 3 provides a double-dight IPC uplift over Zen 2, and our review of the desktop-centric Ryzen 9 5900X and Ryzen 9 5950X showed impressive performance gains across the board in both single- and multi-threaded benchmarks. The Ryzen 7 5800H is allegedly an 8-core/16-thread design with 16MB L3 cache, a base clock of 3.2GHz, and a max boost clock of 4.5GHz. In previously leaked benchmarks, a Ryzen 7 5800H engineering sample managed to deliver a single-core score of 1475 and a multi-core score of 7630 in Geekbench 5.

The Ryzen 7 5800H is paired with 32GB of DDR4 memory, and there's a 1TB SSD onboard. What will be interesting is if Ryzen 5000 CPUs -- at least the Zen 3 SKUs -- will still be limited to the PCIe 3.0 interface. Current Ryzen 4000 Zen 2 mobile processors only support PCIe 3.0 due to power constraints, while their desktop counterparts support PCIe 4.0. It would be nice to see PCIe 4.0 support carryover to the Ryzen 5000 mobile CPUs to take advantage of faster M.2 SSDs in gaming laptops.

In Germany at least, the Nitro 5 AN517 has a list price of 1950 EUR (via momomo_us). That works out to around $2,400, but we can't always count on a straight conversion to get U.S pricing. Regardless, given these specs, the Nitro 5 AN517 won't be a cheap machine with this high-end hardware on tap. Hopefully we'll learn more next month, as NVIDIA is set to broadcast its "GeForce RTX: Game On" event January 12th.