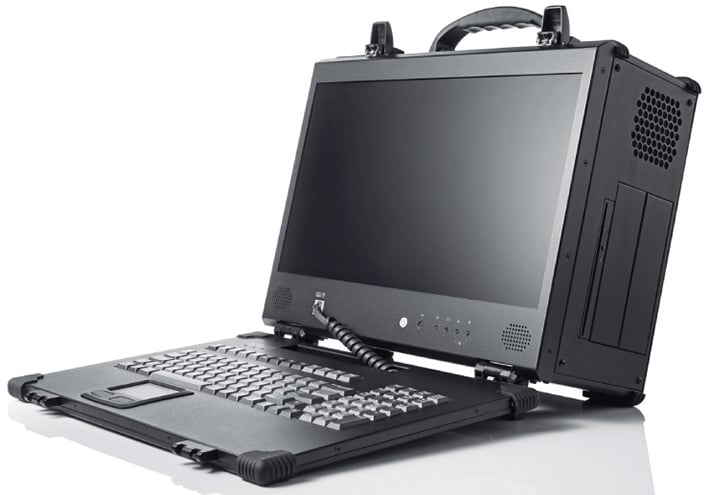 If you want to show up at a LAN party like a boss, it's not enough to roll onto the scene with a set of headphones draped around your neck, a gaming mouse dangling over your shoulder, and an obnoxiously loud mechanical keyboard tucked under your arm while gripping a Monster energy drink in each hand. You won't stand out from the crowd. In order to make an unforgettable entrance, picture yourself strolling into the room with a chunky briefcase, which is not actually a briefcase at all, but a full blown PC with a Threadripper processor inside. Yeah, that's how its done.
You could do that with the a-XP, a monstrous "Portable Threadripper Workstation PC" sold by Media Workstations. Spotted by a user on Reddit, this is not actually designed for the LAN party goer with a point to prove, or for gaming, really. But it could be used for that, along with anything else you throw at this thing, because there is horsepower to spare. 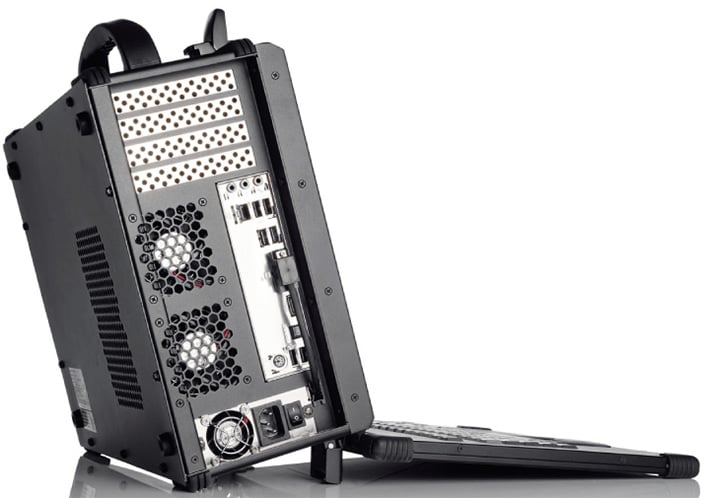 The a-XP is offered with up to a Ryzen Threadripper 3990X CPU. In case anyone needs reminding, that's a 64-core/128-thread beast of a chip. It has a 2.9GHz base clock and 4.3GHz boost clock, along with a generous 256MB of L3 cache, 32MB of L2 cache, and 4MB of L1 cache.
We played around with the configuration options to see just how nuts we could go, and here's what we came up with...
The grand total? A cool $15,278! Yes, that's expensive, but hey, we saved a few bucks by opting for a GeForce RTX 2080 Ti instead of a Titan RTX. If that's not bonkers enough, there are plenty of other options to drive the price up further. 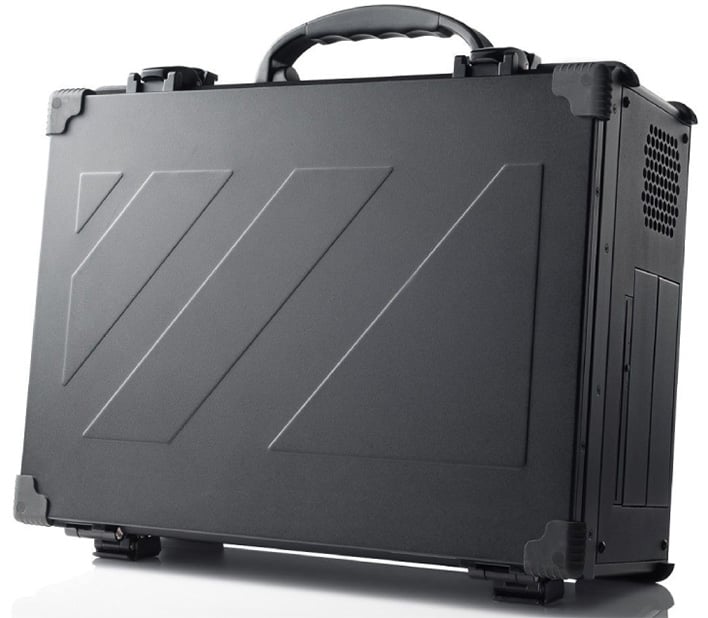 One word of note—pay no attention to the ASock X399M Taichi motherboard listed in the tech specs section. That is an X399 motherboard with a TR4 socket, whereas the Threadripper 3000 series only works in TRX40 motherboards. So clearly that's an error in the listing (perhaps a holdover from a previous model based on the Threadripper 2000 series).
All our silliness aside, this is a potentially interesting offering for people who need the power of a workstation in a technically mobile form factor. It's not thin and light like a laptop, but the briefcase-style chassis means it can be lugged around from one location to another with relative ease.