3DMark has long been used to test and compare the performance of various kinds of devices. However, there is now a new and improved way to benchmark devices. 3DMark Wild Life allows users to test the graphics performance of Android, iOS, and Windows devices.

3DMark Wild Life includes two kinds of tests. The 3DMark Wild Life benchmark evaluates the device’s ability to provide “instant performance” over a short period of time. This particular benchmark mimics mobile games where the gameplay tends to focus on “short bursts of activity.” This benchmark will provide users with a single score.

The second test is called the 3DMark Wild Life Stress Test and is intended to determine how a device performs over a longer period of time. This benchmark imitates mobile games where the gameplay tends to be “longer, more immersive.” This benchmark does not produce one score but instead provides a chart that demonstrates the device's performance throughout the test. 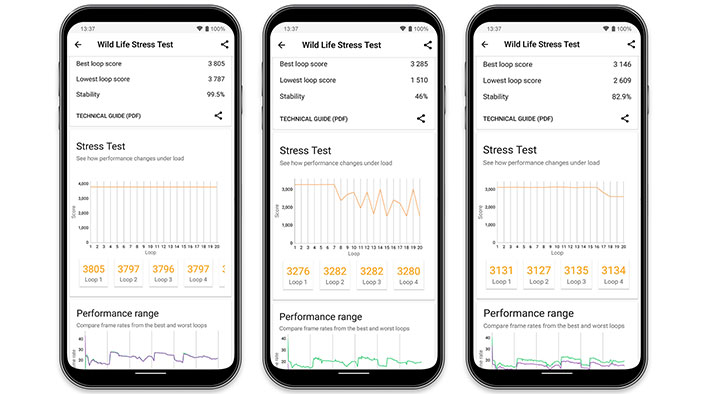 3DMark Wild Life also offers many ways to compare devices and OSes. It will also allow users to easily compare their numbers with the numbers of other devices that have been provided by users. They will also be given a chart that offers “full range of results submitted by other 3DMark users around the world” instead of just averages. To top everything off, users can examine charts and rankings to evaluate how new OS updates may impact the performance of various devices.

Windows PC users have not been left out. Wild Life is a free update for 3DMark Advanced Edition from Steam, the UL Benchmarks website, and the Green Man Gaming store. It is also free for 3DMark Professional Edition with a valid annual license. Those with older “perpetual” licenses will need to purchase a new annual license if they want to be able to use Wild Life.