In gaming, people are in either one of two camps. In 2007 one camp was "Will it run Crysis?," which is still a meme to this day. The other camp is, "Can I put Doom on it?" The answer to the latter is almost always "Yes" these days.

I wired the brick up as a very small external monitor, so you can, for instance, play Doom on it. pic.twitter.com/uWK2Uw7Egr

Ultimately the device is only really just used as a display output, but that's fine. The original Doom only ran on a maximum resolution of 320x240 pixels, which is a 4:3 physical aspect ratio. This means on the small square OLED display it fits just fine. That said this is just the latest in a very long line of Doom devices, a list that includes tiny Arduino devices, refrigerators, and even Doom running from within other games.

Admittedly the visual experience is, well, not good. But it is still really cool. We, of course, reported on the original project a couple of weeks ago, which we still think is super neat. We would love to see a components list for this device, though. It would definitely be interesting to see an array of these generate a big wall. Think about if there was an official working display Goldeneye 007 satellite control center room from LEGO. These make that possible (theoretically). 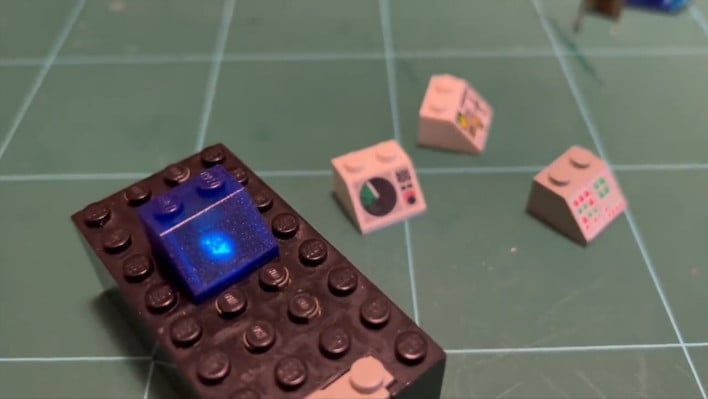 A RADAR-looking display on the LEGO OLED Brick

This little project that creator James Brown made was intended to make his LEGO sets just a little more "Interactive." We then pointed out that LEGO needs to hire this guy, because we want to see these interactive sets at retail. Make it happen, LEGO!