Yeah, I know, the latter part of the headline is an instant trigger for anyone who tried to get their hands on a graphics card last year and was unsuccessful. But I 'm choosing to be optimistic anyway, because the alternative is to spend another year in frustration. And maybe that's inevitable. But there are actually reasons to be optimistic that 2022 will be better than 2021, even if just slightly.
For one, the discrete GPU market is getting a third player. The landscape up to now has been wholly dominated by AMD and NVIDIA, and apparently neither of them can ship enough graphics cards to meet demand. But in the coming months, Intel will join the fray with its first Arc Alchemist product(s), with expectations that its flagship model will offer performance roughly on par with a GeForce RTX 3070 Ti. 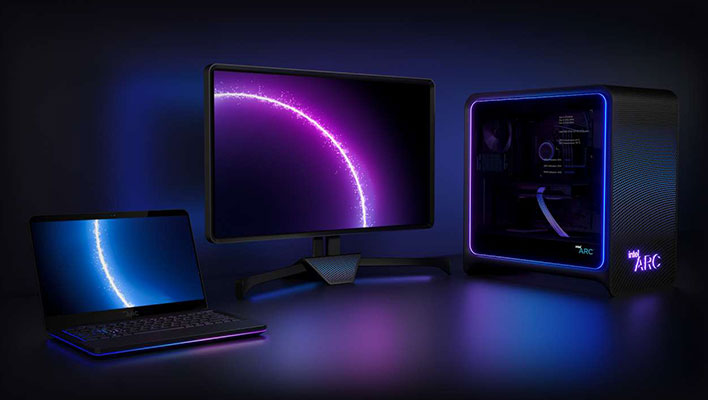 The wet blanket to our dreams of more GPU availability is that there's still an industry-wide shortage of silicon. There is only so much capacity to go around. Intel's not leaning into its own manufacturing facilities for Alchemist, and instead is tapping TSMC. AMD and NVIDIA are also clients of TSMC, though Intel is jumping directly to the chip fab's N6 (6-nanometer) node. Intel's also claiming Arc Alchemist has over 50 design wins, which is industry lingo for when an OEM adopts your silicon.

Secondly, both AMD and NVIDIA have expressed confidence that more GPUs will ship out to customers in 2022. In a recent interview with members of the press, AMD CEO Dr. Lisa Su noted that the company shipped "a lot more desktop GPUs in the second half of 21" than in the first half of last year. Dr. Su also suggested there will be increased shipments in 2022. That doesn't mean there will be enough to meet demand, but at least shipments are trending in the right direction.
Another reason for optimism is Ethereum's pending transition to a proof-of-stake model. This essentially means the crypto-network will verify transactions (called blocks) based on a person's existing stake in Ethereum, which should vastly reduce the demand for GPUs to mine Ethereum. There are still other cryptocurrencies that can be effectively mined with GPU hardware, but we're being optimistic, remember?
Finally, there's a Digitimes report saying ASUS, ASRock, Gigabyte, and MSI saw significant GPU shipment growth last year, and all of them expect to "continue ramping up" in 2022, based on what the site was told by industry sources. Furthermore, the report claims the shortage will last until the middle of the year.
If true, that means we could be six months away from seeing GPUs being far more abundant than they are now, in terms of being in stock and selling for at (or close to) MSRP. Here's hoping the report proves accurate.