Meta boss Mark Zuckerberg has taken to Facebook to offer a glimpse at what is very likely the Quest Pro VR headset. Previously known as Project Cambria, the upcoming headset is expected to provide a leap in realism, and for the first time deliver a feeling of “social presence” to users meeting in VR worlds.
In his social media post, Zuckerberg simply announced, “See you at Meta Connector on Oct 11.” Accompanying this one-liner was the image you can see atop of this news article. You can see a smiling Zuckerberg turning to his right, wearing a previously unseen head mounted display (HMD) design. The image is strategically cropped, so we don’t get to see much of the new VR headset. Sadly, we get to see much more of the Meta boss’s potentially trypophobia triggering sweater in the original Facebook post.
Late last month, we reported on Zuckerberg’s appearance on the Joe Rogan Experience. During this popular podcast talk show, the Meta boss implied that the Meta Quest Pro / Project Cambria would be the main attraction at the upcoming Connect conference in October. Rather than talk about the HMD by name, Zuckerberg sought to talk about the experiences which were coming to Meta VR users. Key points raised were that the new technology in the upgraded HMD would use accurate real-time eye- and facial-tracking to replicate your most intricate personal expressions in the metaverse on the face of your avatar. These intricacies are an important piece of human non-verbal communication, opined Zuckerberg. He told Rogan that users would feel for the first time that they were truly experiencing eye-contact with other metaverse users. 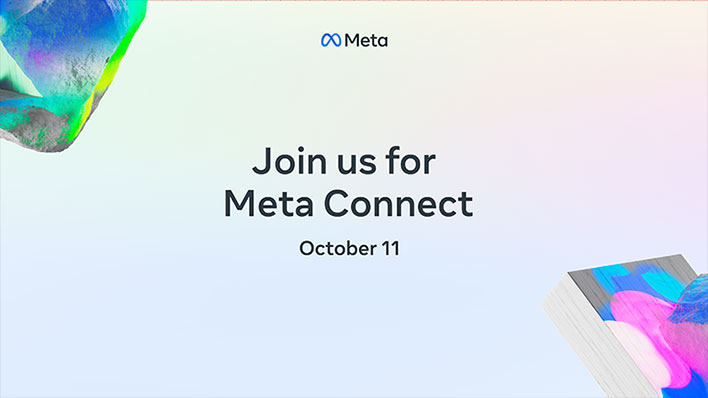 The Meta Quest Pro is rumored to cost approximately double the Meta Quest 2, leaving some room for another upgraded model to slot into the product matrix in due course. Perhaps we will also see Zuckerberg announce something like the Meta Quest 3 to fill this gap at Connect on Oct 11. This will be the ninth year of the Connect conference, which also brings together AR/VR developers, creators and more. The keynote will be streamed live, so anyone can watch, with select developer sessions being made available, too.