Roughly two weeks ago, ZTE teased the Axon 20 5G, which it billed as the world’s first smartphone with an under-display selfie camera. True to its word, ZTE has gone official with the smartphone today, and it’s quite impressive.

The Axon 20 5G manages to have minimal bezels all around and no hole punch/notch or motorized pop-up mechanism (which could be prone to breaking). As a result, we have a completely unblemished 6.92-inch Full HD+ display with a 20.5:9 aspect ratio, 10-bit color depth and covers 100 percent of the DCI-P3 color gamut. 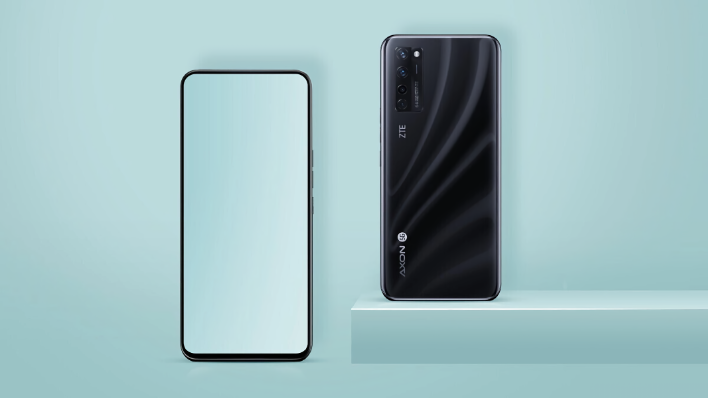 When it comes to the 32MP selfie camera – which of course everyone is wondering about – ZTE says that it has developed a total of five technologies which make the under-display camera possible. These include a unique type of display material, a dual-control chip, new display driver circuitry, a special pixel matrix, and an in-house algorithm for improve photo quality.

Interestingly enough, ZTE has not shared any actual footage from the camera yet, which is a bit surprising. This is the marquee feature of the smartphone, so we were expecting to see what pictures actually look like. For now, we’re just have to settle on renders of the actual device, which actually looks quite fetching. 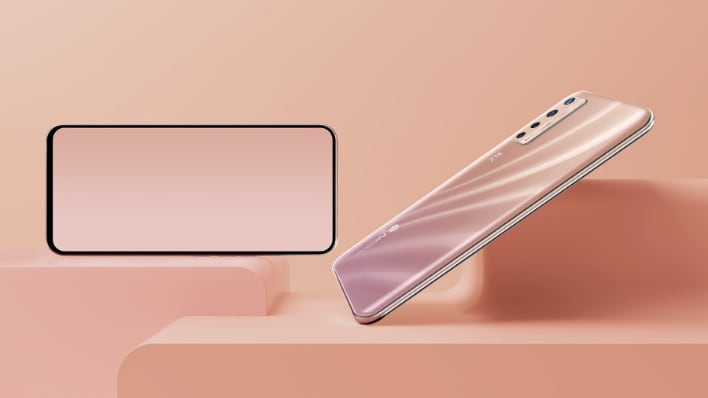 As for rest of the smartphone’s specs, we’re looking at a Qualcomm Snapdragon 765G SoC, which means that the Axon 20 5G is firmly planted in the mid-range sector of the smartphone market. Other specs rounding out the phone include 6GB to 12GB of RAM paired with 64GB to 256GB of internal storage. A 4,220 mAh battery is included along with 30W quick charging support. And while the selfie camera will no doubt garner much of the attention, there are also four cameras on the back, including a 64MP primary sensor.

At this time, the ZTE Axon 20 5G is slated to debut in China initially on September 10th priced from around. It will be available in black, blue, orange and purple, but there is currently no word on a global launch.