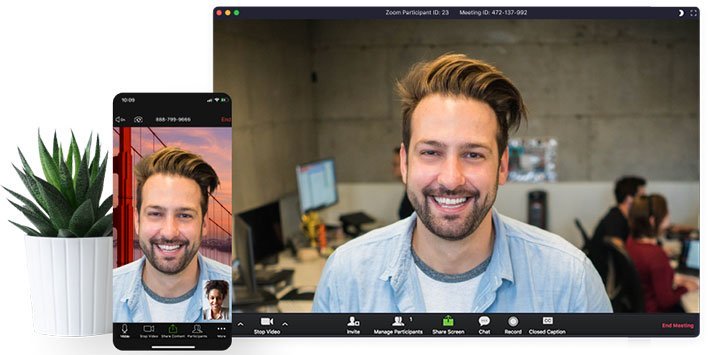 Zoom has been riding high due to the COVID-19 pandemic, and has in the past few months become a household name as families, businesses, and schools have used the platform to keep people in touch. The company this week announced its fiscal Q1 2021 earnings and absolutely crushed it, reporting revenue of $328 million (up 169 percent year-over-year).

Coming off that big earnings win, Zoom CEO Eric Yuan explained that the previously-announced end-to-end encryption functionality would not be available to all users. Instead, it will only be available to users that actually use the paid version of Zoom, which starts at $14.99 month per host.

So, what about Zoom users with free accounts that want to the benefit of having their video calls encrypted? Well, you’re simply out of luck according to Yuan:

Free users, for sure, we don’t want to give that [end-to-end encryption]. Because we also want to work it together with FBI and local law enforcement, in case some people use Zoom for bad purpose(s).

In other words, it looks as though Zoom is trying to keep a low profile when it comes to law enforcement agencies, and doesn’t want to draw any scrutiny or backlash that has been aimed at firms like Apple and Facebook. Apple in particular has come under fire for its reluctance to give law enforcement agencies backdoor access to iOS, while Facebook has been attacked for its encryption policies in WhatsApp.

Law enforcement agencies like the FBI often bring up the “murders, terrorists, and child predators” angle when trying to justify their efforts to break down end-to-end encryption, and Zoom apparently just wants to avoid that drama altogether. Once it goes live, this is how Zoom explains that the feature will be implemented:

Logged-in users will generate public cryptographic identities that are stored in a repository on Zoom’s network and can be used to establish trust relationships between meeting attendees. An ephemeral per-meeting symmetric key will be generated by the meeting host. This key will be distributed between clients, enveloped with the asymmetric keypairs and rotated when there are significant changes to the list of attendees.

For its paying customers that will be able to take advantage of end-to-end encryption, Zoom will most likely be leveraging technology that it acquired from security firm Keybase last month.