Sister, sister? Jupiter may have a far distant twin. A planet that was recently discovered through data from the Kepler telescope is incredibly similar to our own Jupiter. While hard to tell in the image above, what you're looking at are color images showing the field around an exoplanet named K2-2016-BLG-0005Lb outside (left) and inside (right) of the caustic crossing.

The exoplanet and is 17,000 light years from Earth. It is nearly identical to Jupiter with regards to its mass and position from the sun. A team from the University of Manchester, led by Ph.D. student David Specht, dug through data collected by the Kepler telescope between April and July 2016. Kepler observed over 2,700 planets before it was decommissioned in 2018. K2-2016-BLG-0005 is part of a system that is twice the distance of any other system observed by Kepler.

Researchers used “gravitational microlensing,” a phenomenon predicted by Einstein's theory of relativity, to discover the planet. According to the Institute for Research on Exoplanets at Université de Montréal, gravitational microlensing, “allows planets to be found using light from a distant star. The path of the light from this star will be altered by the presence of a massive lens-- in our case, a star and a planet.” The star therefore appears to be brighter under this context. Dr. Eamonn Kerins at the University of Manchester further noted that, “To see the effect at all requires almost perfect alignment between the foreground planetary system and a background star.” 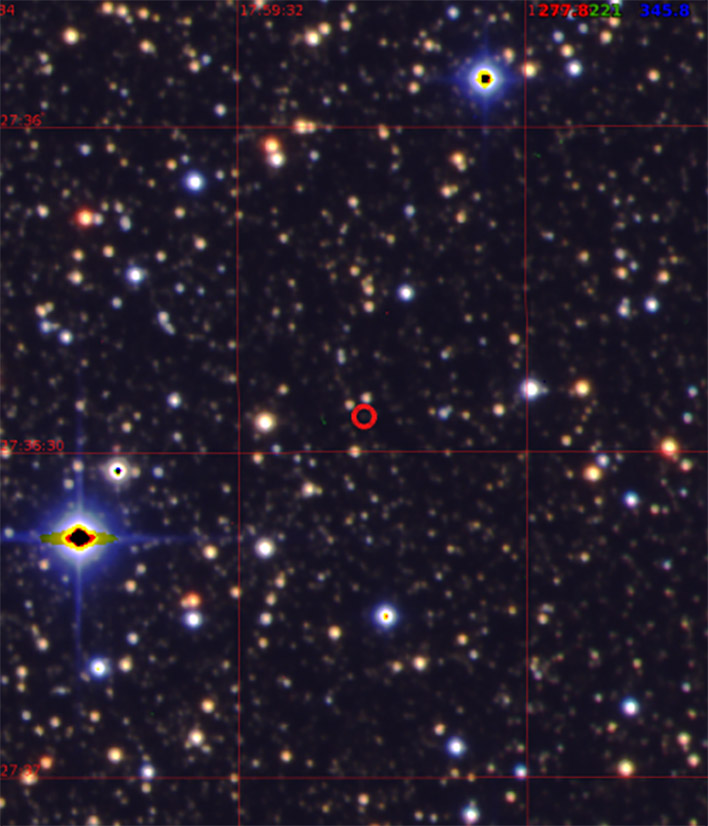 
Dr. Iain McDonald, who was at the time a postdoctoral researcher at the University of Manchester, developed an algorithm that uncovered “five new candidate microlensing events" as part of this research. One of these events was K2-2016-BLG-0005L. This algorithm and ground-based surveys from multiple international institutions confirmed that K2-2016-BLG-0005Lb is indeed an exoplanet. Kerins remarked that the “difference in vantage point between Kepler and observers here on Earth allowed us to triangulate where along our sight line the planetary system is located.” K2-2016-BLG-0005 is especially notable as it is the first planet to be discovered through such methods.

This planetary discovery (PDF) is even more remarkable as the Kepler telescope is not only decommissioned but was never intended to find planets through microlensing. However, there seems to be no end to the Kepler discoveries. Scientists are incredibly hopeful that the upcoming Euclid and Roman missions “will be optimized for this kind of work.” The Euclid spacecraft is currently set to launch in 2023, while the Nancy Grace Roman Space Telescope should launch no later than 2027.