Upstart company Zeva wants to put a personal flying machine in everyone's garage by the year 2040. It will have you flying solo, face down at 160 miles per hour. Any volunteers to be a test pilot?

Science fiction films have played around with the idea of flying vehicles for quite some time. Images of futuristic vehicles zooming across the busy sky of a large metropolis has been portrayed more than once on the big screen (and of course in cartoons like The Jetsons). We have already seen companies like Blue Origin creating spacecraft that will transport people into Earth's low orbit. But a company that was started in order to compete in the 2017 Boeing GoFly competition has a slightly different vision for personal flight vehicles.

Zeva is currently made up of about 25 people with a variety of disciplines. It is headed by founder Stephen Tibbits, who along with Ben Gould came up with the initial design for the electric vertical take-off and landing (eVTOL) craft. This is Tibbits' fifth startup company and he ambitiously hopes this latest effort will eventually replace cars.

Zero is the concept vehicle that Zeva is currently working on making a reality. It is an all electric-powered aircraft that is being designed to fly small groups of people or cargo across large cities faster than modern day vehicles. Zero stands vertically on the ground and as it gains height in hover mode will transition to a horizontal position forward flight mode. Once in flight mode the eVTOL is said to be able to reach speeds up to 160 MPH. According the company's timeline it hopes to begin delivering air taxi service by 2025, which also seems like a very ambitious goal. 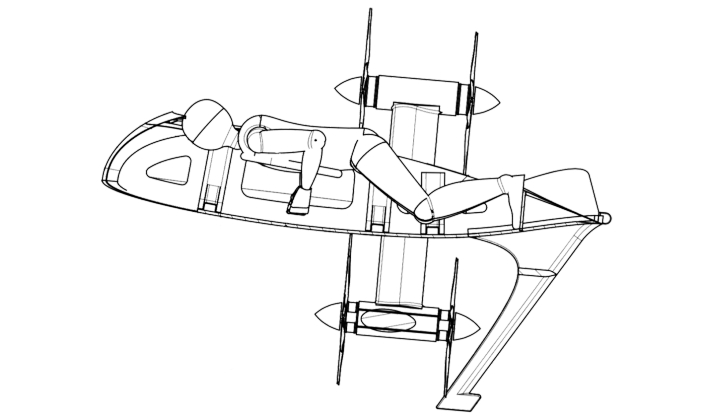 The concept version that is being featured most on the company's website and various videos, however, is designed for only one person. The capacity level listed is for 220lbs, so start eating those salads now if you are over this weight limit and want to zip around in your own eVTOL. It will not need a traditional airstrip to land as it only needs a space of around 30 by 30 feet to return back to the ground. And if you live in a high rise apartment, Zeva has you covered with their SkyDock concept that will allow you to enter your personal flying machine from right outside your 28th floor apartment. 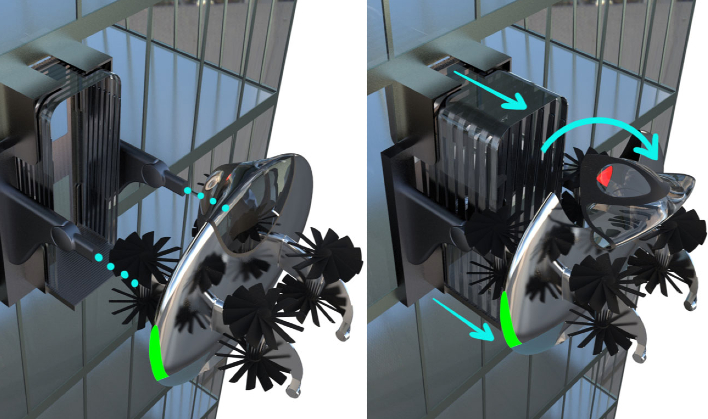 The Zeva Zero is about eight feet in diameter and weighs about 700 pounds. The individual will enter the aircraft via a person-sized cavity in the middle with a clear viewing section that will allow you to see the ground zipping by as you cruise around at 160 MPH. It is powered for flight by two electric propellers on the front and two on the back. It will receive its power from a 25 kWh battery that will reside in the sides of the disc shaped craft.

The company is aiming to enter into the area of search and rescue first. It hopes to provide a means of transportation to rescue personnel that will bypass all city traffic and deliver emergency aid in a more timely manner than current modes of transportation. Another area the company believes it can deliver services to is the military by transporting troops and essential equipment in remote and hard to reach areas.

So, whether you are hoping to fly the skies in a Superman-like way, or have ever wanted to experience how Wylie Coyote felt as he fell face down off a cliff and onto the road below, Zeva may just be the company that provides you the opportunity with its Zero aircraft. It will be most interesting to see where this company takes personal flight in the future. Regardless if the Zeva meets its goals or not, the idea of flight replacing ground transportation is simply a matter of time. We do not suggest playing Wylie Coyote by the way.