YouTube has announced the addition of nearly 4,000 episodes of your favorite TV shows that you can stream for free. Shows that have been added include Hell's Kitchen, Andromeda, Heartland and more.

For many people, YouTube is the go to place when wanting to consume videos of all types. The streaming platform is host to a wide array of content that meets just about anyone's niche need for online consumption. YouTube had already added a library of over 1,500 licensed movies since 2018, and is now adding nearly 4,000 TV episodes for content junkies to binge on as well.

This comes at a time when streaming services seem to keep popping up everywhere. Services like Hulu, Netflix, Disney Plus, HBO Max, Sling TV, Amazon Prime Video, (to name a few) compete for the pocketbooks of viewers. It can be a daunting task trying to figure out which service to give your hard earned money to in order to be able to binge watch your favorite shows. 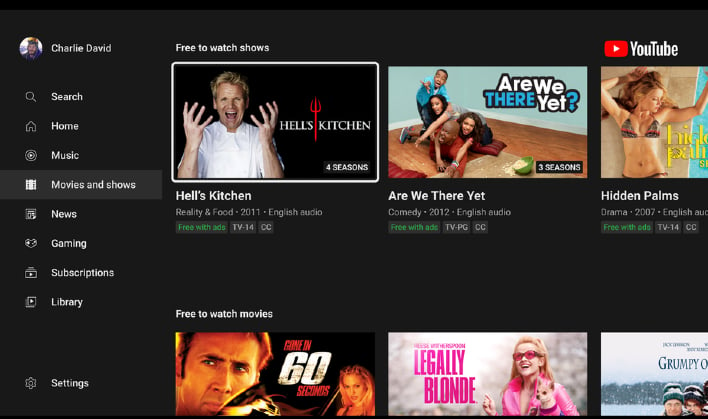 According to Kantar, 85% of US households have a video subscription service. It does point out, however, that quarterly growth comes primarily from free ad-supported TV and ad-supported video on demand services. 18% of US households also now use at least one free ad-supported TV service, a number that has doubled since the fourth quarter of the prior year. This comes as no surprise, as subscription based services often feel the need to raise their prices.

So, YouTube adding so many TV shows for free, albeit the occasional ad or two, is a win for all. In order to enhance the viewing experience, YouTube is also adding new streamlined navigation and immersive banner art. The company says, "The rich visuals and new menus will help you more easily find your favorite TV shows from the comfort of the couch, whether you choose to rent, purchase, or watch for free with ads." It will also include the option of viewing in high definition 1080p with 5.1 surround sound audio on supported devices.

YouTube also says it will be adding up to 100 new titles each week. So, if your pocket has been feeling the burn from all those streaming service subscriptions, you may want to take a break from one or two of them and perhaps binge some free content via YouTube for a while. Who knows, you may find a new favorite show to fall asleep to late at night.